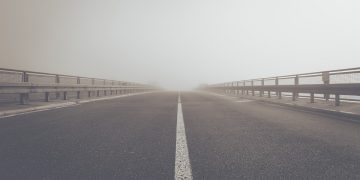 Share on WhatsApp
Colombo, March 22 (newsin.asia) – Sri Lanka’s Finance Ministry, on Friday signed a concessional loan agreement with China’s EXIM Bank to construct section one of a mega Central Expressway which will ease the island’s traffic congestion and boost tourism.
The concessional loan agreement, valued at 989 million dollars was signed between China’s Ambassador to Sri Lanka, Cheng Xueyuan and Secretary o the Finance Ministry, Dr. R.H.S Samarathunga.
The loan from China’s EXIM Bank will cover 85 percent of the project cost for section one of the Central Expressway project.
“The Government of Sri Lanka has accorded high importance to the development of infrastructure including expressway network with inter-connectivity as it will directly contribute to the economic growth and will have indirect effects in raising the productivity and efficiency in different economic sectors,” the Finance Ministry said.
“This proposed highway will improve the inter regional connectivity and efficiency of the entire expressway network,” the Ministry added.
China’s Ambassador to Sri Lanka, Cheng Xueyuan said the Central Expressway runs through the central part of Sri Lanka connecting the Western, North Western, Sabaragamuwa and Central Provinces with other densely populated and economically developed provinces.
It also connects capital Colombo to the central hills of Kandy, the two major cities and economic centers.
“Under the Belt and Road Initiative, we have accomplished series of inclusive and sustainable win-win results. In view of the two countries’ traditional friendship and at the strong request of the Sri Lankan government, the loan agreement for the first phase of the Central Expressway was signed after prudent assessment,” Ambassador Cheng said.
Construction of section two of the Central Expressway has already commenced with funding from local commercial banks.
SendShare3Tweet1ShareShare