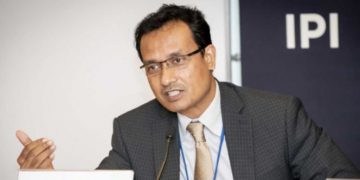 Explaining the current economic situation in Sri Lanka and the steps taken by the government to contain the COVID – 19 pandemic President Rajapaksa stated that it is his intention to promote bilateral relations in identified areas with countries in the region including Bangladesh to the highest possible level, the President’s Media Division said.

The President pointed out that there is a great potential for the development of maritime cooperation between States in the Indian Ocean.  The new High Commissioner said his country had made maritime security a high priority.

Agriculture and export crops promotion, tourism, education and trade relations were named by the President as other areas in which relations could be expanded. Enhancing educational cooperation at the university level is a necessity, President added.

The High Commissioner said that a large number of Sri Lankan students are already pursuing higher education in Bangladesh and his country is ready to expand educational opportunities for Sri Lankans in a mutually beneficial manner.

Stating that no Sri Lankan Head of State had visited Bangladesh since 2018, High Commissioner Islam recalled an earlier invitation to President Rajapaksa to pay an official visit to his country.

Emphasizing the need for strengthening relations at the Head of State level the President said that he would consider the invitation once the current difficult period is over.