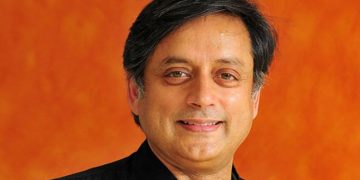 Colombo, April 19 (Daily Express): Ever since the Hindu nationalist Bharatiya  Janata Party (BJP) headed by Narendra Modi came to power with a thumping majority in the May 2014 Indian parliamentary elections, Hindu nationalists have been making tall claims about the greatness of ancient Hindu science.

Many of the claims of the Hindutva brigade about the achievements of ancient Hindu science are ludicrous. But not all can be dismissed as trash as the modernists and rationalists do, say Dr. Shashi Tharoor and Nobel Laureate Amartya Sen.

But first, the unfounded claims: The Chief Minister of the North Eastern Indian state of Tripura, Biplab Kumar Deb, came out with a stunner on Tuesday, when he told software experts in Agartala: “We had Internet and satellites when the battle of Mahabharata was fought. If not, how could Sanjaya have given  Emperor Dhritarashtra a blow by blow account of the war?”

The Mahabharata is dated at between 8 th and 9 th.Centuries BC.

In 2014, Prime Minister Narendra Modi himself told a gathering of doctors at a Mumbai hospital that “cosmetic surgery” existed in ancient India.

“How could an elephant head be transplanted on the body of a child to make the elephant-headed God Ganesha if cosmetic surgery wasn’t there,” Modi asked.

In his address at the 105th edition of the Indian Science Congress, Union Minister of Education Harsh Vardhan  said that late physicist Stephen Hawking had once said that the Vedas had a theory of relativity that was superior to Albert Einstein’s E=mc2.

In 2015, the Indian Science Congress had panels on “Vedic Aviation Technology” and “astrology” defying objections from the scientific community.

But Sashi Tharoor, Congress MP, former Minister, and author of “Why I am a Hindu” strikes a balance between the view of the Hindutva brigade and rationalists who debunk claims made on behalf of ancient Indians.

“It is not necessary to debunk the genuine accomplishments of ancient Indian science in order to mock the laughable assertions of the Hindutva brigade, ” Tharoor says in a piece in The Quint.

“It is not incorrect to claim, as Science and Technology Minister Harsh Vardhan as did, that the ancient Indians had anticipated Pythagoras. In fact, the Minister could have added Newton, Copernicus, Kepler and Galileo as well,” he asserts.

The Rig Veda had said that gravitation held the universe together 24 centuries before the apple fell on Newton’s head. Scholars working in Sanskrit anticipated his discoveries of calculus by at least 250 years.

The Surya Siddhanta, written about 400 CE, includes a method for finding the times of planetary ascensions and eclipses. The notion of gravitation, or Gurutvakarshan, is found in these early texts.

In Lost Discoveries by the American writer Dick Teresi says: “Two hundred years before Pythagoras, philosophers in northern India had understood that gravitation held the solar system together, and that therefore the sun, the most massive object, had to be at its center.”

Aryabhata was the first human being to explain, in 499 CE, that the daily rotation of the earth on its axis is what accounted for the daily rising and setting of the sun.

Aryabhata conceived of the elliptical orbits of the planets a thousand years before Kepler, in the West, came to the same conclusion. He even estimated the value of the year at 365 days, six hours, 12 minutes and 30 seconds; in this he was only a few minutes off (the correct figure is just under 365 days and six hours).

The translation of the Aryabhata into Latin in the 13th century taught Europeans a great deal; it also revealed to them that an Indian had known things that Europe would only learn of a millennium later.

The Vedic civilization subscribed to the idea of a spherical earth at a time when everyone else, even the Greeks, assumed the earth was flat.

India invented modern numerals (known to the world as “Arabic” numerals because the West got them from the Arabs, who learned them from us).

It was an Indian who first conceived of the zero, shunya; the concept of nothingness, shunyata, integral to Hindu and Buddhist thinking, simply did not exist in the West.

Modern mathematics would have been impossible without the zero and the decimal system; just read a string of Roman numbers, which had no zeros, to understand their limitations, Tharoor asserts.

Nobel Laureate Amartya Sen points out that ancient mathematical models were shared by Indians with Babylonian, Greek and Roman scholars.

“The Indian mathematicians learned something from Babylonians, Greeks and Romans. They also passed some brilliant new ideas to mathematicians elsewhere in the world,” Sen said at an event held by Infosys Science Foundation in Kolkata in 2015.

According to Sen, the sine in trigonometry, originated in India and went West and found place in the Western civilization through an Iranian scholar, Al-Biruni.

“Al-Biruni, the Iranian mathematician, spent many years in India more than a thousand years ago through the end of the tenth through the early years of the eleventh century,” he said.

Chinese mathematicians as well as the pioneering Arab mathematicians had knowledge of Sanskrit and learnt many scientific formulae through it, he noted.

Indian scholars learned from the outside world and also contributed to various mathematical ideas.

“In the beginning we were directly inspired by what we Indians were learning from the work done in Babylon, Greece and Rome. Indian research was deeply influenced by the knowledge of foreign works on the subject and in turn Indian mathematics influenced the mathematical world,” Sen said.

(The featured image at the top is that of Dr.Shashi Tharoor)