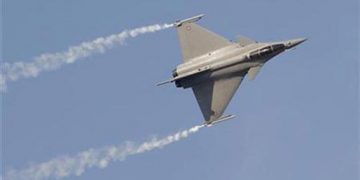 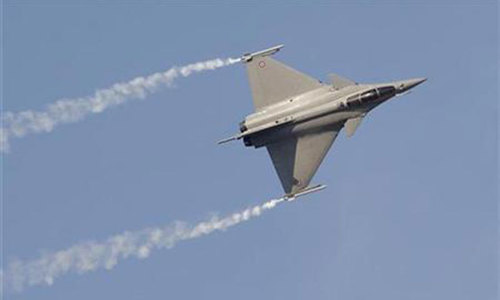 Islamabad/New Delhi, September 29 (NIA): Although the Indian government has not mentioned any casualty figures yet regarding the Wednesday night “surgical strike” against terrorist camps inside Pakistan-Occupied Kashmir, the Indian media has claimed that seven terrorist launch pads had been attacked and 38 terrorists were killed. The Pakistanis have admitted to two deaths.

Meanwhile, Dawn reports that Pakistani experts have questioned the suitability of the term “surgical strike” for the Indian operation.

Lt Gen.Asim Bajwa, Director General of the Pakistani military’s media wing told Dawn.com that the notion of the deaths being a result of a surgical strike is a false propagation by India.

“How is it possible that the target of a ‘surgical strike’ has no idea it took place?” he said. “This was simply an episode of cross LoC fire that they [India] have been doing. Small arms and mortars were used in the fire, similar to what has been used before…we gave a befitting response.”

He added that India has been chanting the “surgical strike” mantra just for the consumption of her citizens.

“A surgical strike is one that comes as a surprise and is conducted with surgical efficiency. It happens when an entity does the job and comes out. It is not messy. There is no collateral damage,” said Chaudhry.

“On another level, sometimes what happens is that there is knowledge of the strike but an inability to respond.”

Referring to the incident today, Chaudhry said, “What India has done today is an LoC violation. Not a surgical strike.”

He also dismissed India’s claim that it struck at “terrorist teams had positioned themselves on launchpads along the LoC”.

“In a circumstance when there is so much of tension on the border between India and Pakistan, only a fool would believe that a terrorist would actually infiltrate. Both armies are on high alert, so this is absurd.”

“This was a ground offensive, not a surgical strike. The Indian military initiated cross-fire from their territory,” said Mr Askari.

“The LoC violations that occurred in the past happened on exactly this pattern – what have they done today that is different?”

Despite these claims, the firing from India and resultant casualties of Pakistani soldiers appear to resemble the frequent skirmishes that occur on the LoC between the two nuclear-armed rivals. Analysts in Pakistan feel India is using the term “surgical strike” to pander to Indian citizens who have been demanding action in the wake of the attack on India’s military base in Uri on September 18, which resulted in the death of 18 soldiers.

Meanwhile, the Indian government has ordered the evacuation of Punjab villages bordering Pakistan and the emergency ward of the Pathankot hospital has been cleared for military casualties. Schools in the border areas have been closed ,reports said.