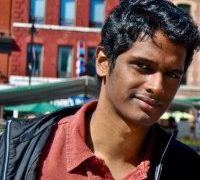 SAARC viewed from Bangladesh, the originator of the idea

SAARC viewed from Bangladesh, the originator of the idea

by Editor
in Around South Asia
Reading Time: 4min read
2 0 Has there ever been a geopolitical union in the world quite as useless as SAARC? At this point, the member states don’t even care to pretend that there is anything to be gained by sitting down to discuss the betterment of the region. The bad blood is just too strong.

The 19th SAARC summit was initially scheduled to be held in Islamabad on November 9 and 10. First, India pulled out. Then Bangladesh announced its boycott. Bhutan and Afghanistan also cancelled.

Pakistan is like the unsavoury kid in the schoolyard ruining everything for everyone else — nobody wants to go to his house.

Not that India can be excused for constantly acting like the regional super-bully, and Modi’s government, a quarter-inch from being fanatical, does not bode well for the various tensions in the region that periodically flare up like wildfire.

Still, it is Pakistan that continues to be the one giving South Asia a bad name.

When SAARC was founded in 1985, it was agreed that it was a body for multilateral cooperation which would, as a rule, keep bilateral issues off the table. This meant that India and Pakistan, “best enemies for life,” could not talk to each other about the massive elephant in the room – Kashmir. The Vale of Kashmir, once a place of stunning natural beauty, a kind of paradise on Earth, has turned into one of the world’s hottest conflict zones, because neither country would give an inch to the other.

With cooperation utterly impossible between Pakistan and India, SAARC was always doomed to fail. The concerns of Bangladesh, Sri Lanka, Nepal, Bhutan, and the Maldives were too trivial. Why Afghanistan joined later is something of a mystery.

It is unfortunate, because the smaller countries could have actually done something to make life easier for its citizens. South Asia could really thrive by loosening up its borders and opening up for trade. Building transnational infrastructure like railway networks that go across countries and make it easier for people to pass through with less necessary paperwork — some of the things BBIN is now working on — would really pull South Asian countries up to a higher standard, increase competitiveness, and in general make life easier for people of these lands. Maybe even fewer innocent people would lose their lives near the Indian border.

But who are we kidding? If you want peaceful borders, go to Europe. The culture here is machine guns and border killings, and India doesn’t want that to change. So much for neighborly love.

SAARC has had 31 years to prove itself. The results have been unimpressive. Now, as we are once again predictably witnessing Indo-Pak tensions escalate over Kashmir, it seems as good a time as any for SAARC to call it a day.

Pakistan has always had an attitude problem

Islamabad has never apologized for the genocide of 1971. In fact, Pakistan continues to live in denial about the genocide that was perpetrated on Bangladeshi soil by its army and its local collaborators.

That’s bad enough, but just to go that extra mile to antagonize Bangladesh, Pakistan makes sure to hail war criminals as heroes every time Bangladesh executes one of them.

Forgive and forget — that is what Pakistan has said with regard to Bangladesh’s long overdue war crimes trials. It was Bangladesh that tried to maintain some kind of relationship by forgoing reparations and releasing Pakistani officers after the war, while Pakistan continues to make it blatantly clear whose side it is on.

Bangladesh is still wounded. It needs justice, healing, and closure. Pakistan will not be changing its tune any time soon. Islamabad goes on lending support to the perpetrators of some of the worst atrocities in living memory, thereby opposing the very spirit of an independent Bangladesh.

So it only makes sense that Bangladesh would decline to go to the summit in Islamabad. What could we possibly talk about that wouldn’t be a complete joke?

Regional cooperation is not necessarily a pipe dream. ASEAN has shown how well it can work in spite of member states having their share of internal problems.

South Asia can now start to forget about SAARC and look to newer horizons. The Bay of Bengal Initiative for Multi-Sectoral Technical and Economic Cooperation (Bimstec) includes Saarc nations Bangladesh, India, Sri Lanka, Nepal, and Bhutan, and adds Myanmar and Thailand to the mix.

Bangladesh shares a border with Myanmar, and improving connectivity with Yangon is crucial. Thailand is also an important trading partner, not to mention a favorite destination for Bangladeshi nationals.Then there’s BBIN. Member states are Bangladesh, Bhutan, India, and Nepal. One of its key goals is paving the way for the seamless movement of vehicles across borders. Some success has already been achieved under BBIN’s motor vehicle agreement.

There are proposed land ports under BBIN which would increase capacity, cut down barriers to movement, and create jobs. If member states were allowed to use the roads of other member states for transportation of cargo, a lot of difficulties we are now facing could be behind us.

None of these alternatives will be an easy ride. Success largely hinges on India agreeing to play ball, and sticking to the program. If that happens, there could still be hope for South Asia.