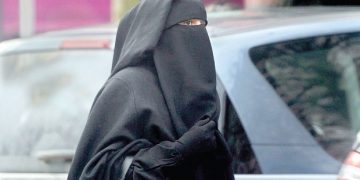 Colombo, September 22 (NIA): Sri Lankan Muslim women are strongly arguing that the retention of Art 16 (1) of the Sri Lankan constitution with the Muslim Marriage and Divorce Act (MMDA) intact, will be an act of great injustice to them as the MMDA violates the fundamental tenets of gender equity.

Progressive Muslim are demanding the repeal of Art 16 (1) in their representations to the government’s constitution making committees. Sri Lanka is in the process of re-writing its constitution.

Art 16 allows about 600 existing laws to continue irrespective of changes in the constitutional structure of the country . This may be necessary to ensure stability and continuity in the social order.But giving a further lease of life to Art 16(1) in this process will be greatly injurious to the interest of Muslim women in a rapidly changing social order, progressive Muslim women feel.

According to the Muslim Personal Law Reforms Action Group (MPLRAG), keeping Article 16(1) in its current state means keeping the Muslim Marriage and Divorce Act (MMDA) in toto. And if the MMDA is kept intact, it will mean:

1.Legally allowing child marriage by not stipulating the minimum age of marriage for Muslims as 18 years (A Quazi can permit even the marriage of a child under the age of 12).

2.No requirement of mandatory (and written) consent from the bride.

3) Different conditions of divorce for men and women

6) Arbitrary provision for wife and child maintenance depending on the Quazi.

7) Practice of polygamy without requirement of consent from the wife/s or wife to be (and without their knowledge).

8.Qualified women not allowed to be marriage registrars, Quazis, Jurors or Quazi Board members.

9) The position of Quazi is a state-salaried and tax-funded position that is allowed to discriminate against women simply on the basis of sex, but yet again due to Article 16(1), this State discrimination is ‘legalized’.

10) No mandatory requirement of qualifications or mandatory training for Quazis

Muslim women’s access to justice is severely restricted in Quazi courts. Affected women have articulate in many forum that they are discriminated against by the below par Quazi court system, which is significantly different from the civil court system and doesn’t allow clients to have legal representation.

Women are often mistreated by incompetent Quazis and the jurors of the courts; not given equal treatment as their husbands; are unable to express their side without fear of being verbally abused, threatened and humiliated in courts throughout their case processes. More often than not the all-male jurors (with no qualifications) are selected by Quazis arbitrarily.

For over 25 years, Muslim women’s groups in Sri Lanka have been trying to get the government’s to take responsibility in addressing  issues facing women with regard to the MMDA and the Quazi court system that is set up under this Act, to no avail, the MPLRG said.