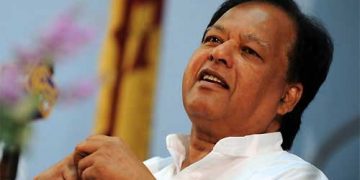 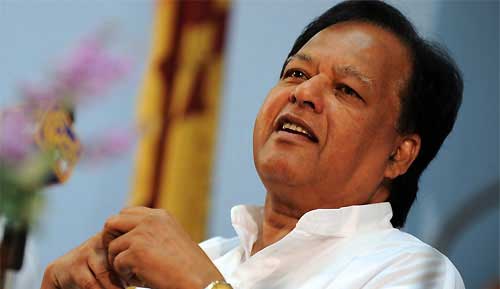 Colombo, April 13 (newsin.asia): The rebellion of 16 Members of Parliament belonging to the Sri Lanka Freedom Party (SLFP) headed by President Maithripala Sirisena, has forced him to try re-structuring the SLFP’s relations with its coalition partner, the United National Party (UNP) headed by the controversial Prime Minister Ranil Wickremesinghe.

Informed sources said on Friday that Sirisena has appointed a committee headed by Dr.Sarath Amunugama to discuss with all stake holders and UNP leaders, all aspects of the relationship including the question of continuing or discontinuing the alliance.

The system of governance has been deeply flawed since the National United Government came into being in early 2015.

The decision making process has been confusing, marked by a lack of consultation and arbitrariness.

Following the defeat of the SLFP and the UNP in the local bodies elections in February 10, the leaders and cadres of the SLFP  have been nervous about the party’s electoral prospects in the face of the growing public acceptance of the opposition stalwart Mahinda Rahapaksa’s  newly floated party, the Sri Lanka Podujana Peramuna (SLPP).

The SLFP leaders and cadres felt that the contradiction was more with Wickremesinghe per se, than with UNP as a party.

This is why a good chunk of them supported the Motion of No Confidence against Prime Minister Wickremesinghe on April 4.

Earlier they had tried to force the UNP to change its leader, if they wanted the SLFP-UNP alliance to continue.

It was when these moved failed, that the SLFP rebels including 15 ministers resigned on April 11 and declared their intention to sit with the opposition and try and work out an alliance with the SLPP headed by the popular Mahinda Rajapaksa to fight the next elections.

However, President Sirisena would like the National Unity Government to continue till the end of its five year term in August 2020.

He could not prevent the rebels from leaving, but he has taken up the task of repairing the relationship with the UNP, identify the divisive issues, find solutions and come to a formal understanding.

Sources say that the President believes that if a credible restructured system is put in place as a result of the efforts of the Amunugama committee, at least 10 of the 16 Ministers who had quit and joined the opposition, would come back to his fold.