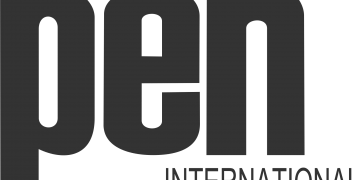 PEN’s plea to India for legislation to enforce tolerance

PEN’s plea to India for legislation to enforce tolerance New Delhi, September 21 (The  Hindustan Times): A report by worldwide writers’ group committed to defending freedom of expression, Poets, Essayists and Novelists International (PEN International) and the International Human Rights Program (IHRP) at the University of Toronto, Faculty of Law, earlier this week made a strong case for India to revoke specific laws and create a legislative framework to encourage a culture of tolerance so that public debate is possible.

The report titled Fearful Silence claims a “culture of intolerance” is growing in India. It cites several examples of this.

This year, when slogans critical of India were raised at a demonstration at the Jawaharlal Nehru University in Delhi, student leaders were arrested, beaten up by lawyers, charged, released, and now face disciplinary action by the university.

Later, when Aamir Khan, a leading Bollywood actor,who happens to be Muslim, said at a public forum that his wife Kiran Rao was concerned if it was safe for them to live in India, and when India’s respected central bank governor Raghuram Rajan said that India’s tradition of debate and an open spirit of inquiry are critical for economic progress, they were both condemned.

Salil Tripathi, chair for PEN International said, “A country with a democratic constitution and aspiring to be a tolerant and equitable society doesn’t silence its writers; it doesn’t ban its film-makers; it doesn’t intimidate its dissidents,” in his foreword to the report. “The Nobel Laureate Amartya Sen had celebrated the culture of debate in India, when he called Indians argumentative. India needs to rediscover those traditions–of dissent, debate, discussion, and dialogue–as it makes material progress,” added Tripathi, who is also a columnist with Mint.

The report is based on interviews with 17 authors, activists, journalists and lawyers in Delhi, Hubli and Jaipur. The researchers focused on cases of censorship of cinema, intimidation of writers, arbitrary use of the law, and online harassment to make their recommendations.

The common thread that emerged from the study was “unchecked abuse” of India’s vague and over-broad legislation, and its inefficient legal system. “As a result, a relatively small number of aggrieved citizens can successfully deter many others from speaking out on sensitive issues, thereby limiting the scope of India’s broad and pluralistic culture and endangering some of its key democratic freedoms,” the report stated.

The report recommended amending Indian laws, especially those regarding sedition and free speech to make them consistent with the grounds articulated in Article 19(3) of the ICCPR (The International Covenant on Civil and Political Rights). It also recommended the launch of a public education campaign to inform citizens of their legal rights in the face of online harassment and threats and the training of the police force to provide it with adequate resources to recognize and investigate online harassment.

In 2015, the Supreme Court declared Section 66A of the Information Technology Act as unconstitutional and struck it down. The section was misused by several law enforcement agencies to arrest people criticising political and religious figures online.

The PEN report said it was important that the government not “import vague” provisions from the Indian Penal Code and the IT Act to create a new Section 66A.