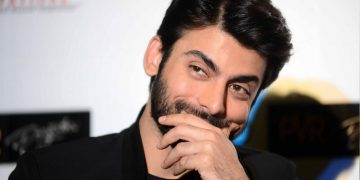 Mumbai, December 26 (newsin.asia): Indian author Pankaj Dubey has his eyes on Pakistani star Fawad Khan for the role of a Pakistani man in the upcoming film adaptation of his newly launched book Love Curry , a Penguin publication.

Speaking to the press, Dubey said that the book features three male characters — “boys from India, Pakistan and Bangladesh” — and that he wanted Pakistani hearthrob  Fawad Khan to play one of them.

He named Sushant Singh Rajput as his choice for the Indian in his film. For the heroine’s role, he has his eyes set on Fawad’s Kapoor & Sons co-star Alia Bhatt.

About the film adaptation’s status, Dubey said, “I have already started scripting the film and thinking about the casting.”

Love Curry follows the three men originating from different countries as they go about life in the UK and navigate love and cultural identity.

Though the book is a light read, when asked what made him bring the element of identity struggle of South Asians in a western country, Dubey said: “I lived in London for quite some time for my study and work. I have seen how people are narrating their story of identity struggle.”

“Though the time has changed drastically and thanks to the internet, people know that India is not a country of snake charmers anymore, there are snob people with disinterest and misconception regarding our culture.”

“But at the same time, I do not want to treat the issue with so much seriousness, rather wanted to focus on how these three guys, who are otherwise fighting against each other as Indian and Pakistani unite as one in a western country,” Dubey added.

Three flatmates in London begin to see how different their lives are and at the same time how similar their backgrounds. And when life begins to deal its rough cards, how easy things become when they are all together!
Ali is a Pakistani chef with the dream of setting up his own nihari restaurant. Shehzad is a cool tattoo artist from Bangladesh with a broken past, and Rishi is an Indian with nondescript skills.
They all make one mistake: that of falling in love with the same girl. They become arch-rivals. But when their worlds turn topsy-turvy, they have no one but each other to turn to, learning that love is as much about letting go as it is about possessing.

Pankaj Dubey is a Bestselling Bi-lingual Novelist and Filmmaker. Both his titles What A Loser! and Ishqiyapa-To Hell With Love, published by Penguin Books India have been written by him in Hindi as well.. He accentuates the socio – political undercurrents with quirks and humour in his style of writing. He has been a Journalist with the BBC World Service in London. He was also selected for the prestigious Writers’ Residency in the Seoul Art Space, Yeonhui, Seoul, South Korea amongst three novelists from Asia in 2016.