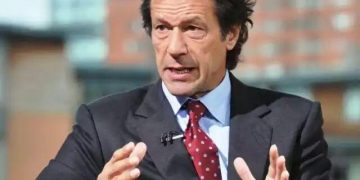 Islamabad, October 30 (NIA):  Even as there is a low key shooting war going on with India in Kashmir, and even in the midst of New Delhi’s campaign to isolate Pakistan in the international arena for promoting cross border terrorism, Pakistan is in turmoil internally.

With Imran Khan’s party, Pakistan Tehreek-e-Insaf (PTI), threatening to lockdown the nation’s capital on November 2 with the aim of unceremoniously ousting Prime Minister Nawaz Sharif from power, a  military take over cannot be ruled out.

With a fluid situation on the border with India and charges of high corruption against Sharif referred to as ””Panamagate”,  the military, with the connivance of Imran Khan’s  PTI, could take over citing  corruption and national insecurity as reasons.

In an edit on the highly disturbing situation,  Pakistan’s premier English language daily Dawn made an impassioned plea to all parties to exercise restraint.

“In these dangerous, overheated times, it is a plea as much as advice: the leaders of this great and proud nation need to step back from the edge of the abyss. No one appears willing to listen, not the civilians, either in government or the opposition, and not the military. But each of them must be reminded, and ought to remind themselves, why they hold public office, or are entrusted with the responsibility of being the elected representatives of the people.”

“This country’s destiny and the success of its people depend on a democratic and constitutional order based on strong, representative institutions and the rule of law. Those goals, the fundamental reason for the existence of the state, are bigger and more important than the fate and peccadilloes of the Pakistan Muslim League (Nawaz), the PTI or indeed any given era of military leadership.”

“But the more the current national leadership pledges to put ‘Pakistan first’ the more it becomes apparent that it is really ‘me first’ — a play for power at the expense of the good of the people and the republic.”

“The intensifying battle between the PTI and the PML-N is particularly dismaying because it has all the hallmarks of bygone eras, dark periods in this country’s history that the most sustained democratic transition was supposed to have left behind.”

“Prime Minister Nawaz Sharif is a vastly experienced politician, but seems unable to bury a personal tendency to allow political crises to escalate until they threaten to reach unmanageable proportions. The Panama Papers could have been a watershed moment, a first family offering itself up for unprecedented financial scrutiny. Instead, Sharif opted to resort to political sloganeering.”

“Even now, in this moment of democratic peril, the Prime Minister and his PML-N appear more interested in cracking down on legitimate political dissent than restoring the legitimacy of the mandate the PML-N received in 2013.”

“Lamentable as the PML-N’s attitude is, the PTI’s willfulness is of historically tragic proportions. There are 19 months left until the term of the current parliament expires and a general election has to be held. The government’s intransigence and the PTI’s principled opposition means the PTI has a realistic opportunity to compete for power at the next election. If it does win in 2018, the PTI could expect to rule until 2023 — and the PML-N’s stance on democratic continuity means it can be expected to remain in opposition without trying to overthrow a democratically elected government.’

“Clearly, there are no guarantees for the PTI — as indeed there are none that the present course of agitation will lead to ultimate success. But the PTI and Imran Khan should consider what kind of Pakistan they want to rule over. A democracy gaining in strength, or a polity wracked by bitter divisions and the specter of extra-constitutional forces willing to intervene?”