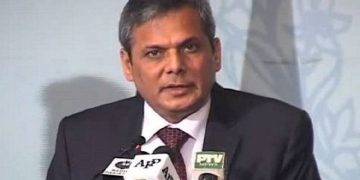 Islamabad/New Delhi, November 3 (NIA): India on Friday recalled eight Indian diplomats/staffers from its mission in Islamabad after Pakistan recalled four of its mission staff in New Delhi after agencies had identified them as spies or as abettors of separatism and terrorism.

Both sides said that the charge of spying, made by the other country, is baseless.

India objected to the publication of the photographs of the eight Indian members of the mission staff and its spokesman Vikas Swarup hoped that Pakistan would ensure their safety and the security of the other members of the Indian mission.

Zakaria said: “As you are aware, a number of Indian diplomats and staff belonging to Indian intelligence agencies RAW and IB have been found involved in coordinating terrorist and subversive activities in Pakistan under the garb of diplomatic assignments.”

He provided details of the activities of the ‘undercover agents’, alleging that the suspected RAW and IB operatives handled Tehreek-i-Taliban Pakistan (TTP) factions, fueled secatarianism in Pakistan and created unrest in Balochistan, Sindh, and Gilgit-Balistan (GB). 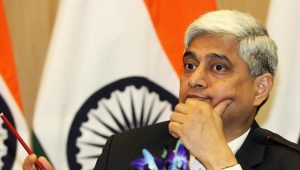 The PFO spokesman claimed that Indian High Commission official Surjeet Singh who was declared persona non-grata a few days ago was also an IB operative working under Balbir Singh.

“Surjeet was using a fake identity as Abdul Hafeez pretending to be a telecom company Warid’s employee,” the PFO spokesperson alleged.

“As disclosed by Kulbhushan Yadhav, and further confirmed by the statements at the highest political level on Aug 15 and earlier during a visit to Dhaka… India has also been using its diplomatic mission for its nefarious designs,” the spokesman said.

Citing sources in the Ministry of Foreign Affairs in Islamabad, the Karachi-based Dawn reported that Mehmood Akhtar, the diplomat who was expelled by India on October 29 for spying, had named the four officials in a recorded statement in Delhi.

The report said Akhtar alleged that a paper that he signed under pressure from the interrogators in Delhi contained the names of First Secretaries Khadim Hussein, Mudassir Cheema and Shahid Iqbal and Commercial Counsellor Syed Farrukh Habib.