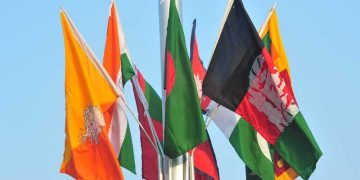 NEPAL, Sept 28 – Nepal has decided to postpone the South Asian Association for Regional Cooperation (SAARC) Summit after four nations refused to attend the event in Islamabad, citing increase in terrorism leading to “deterioration of regional peace and security” in the region.

The four nations which pulled out of travelling to Pakistan are India, Bangladesh, Bhutan and Afghanistan. The SAARC Summit was scheduled to be held in the Pakistan capital in November.
Nepal, which is the current chairperson of SAARC, has decided to postpone the event instead of cancelling it with the support of Sri Lanka and Maldives.

“But given the mood in South Asia, it will not be easy to hold this summit soon,” a senior Nepali diplomat told local journalists.

The Summit automatically gets postponed or cancelled even if one out of the eight nations pulls out of the event, according to the new rules.

India, which was the first to announce a boycott, said that the present climate in the SAARC region is not conducive to the holding of the summit because of the attack on the Indian army base at Uri in Kashmir by militants.