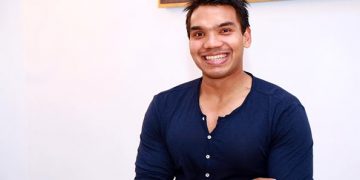 Colombo, March 22 (newsin.asia): Sri Lankan opposition parliamentarian Namal Rajapaksa’s recent visit to Russia as an invited observer of the Presidential election there could have been the unstated reason for the denial of entry into the US, according to well placed sources in his party, the Sri Lanka Podujana Peramuna (SLPP).

Namal had been invited to observe the Russian election as an invitee of the Duma, the Russian parliament.

The Sri Lankan parliamentarian, who is also the son of former President Mahinda Rajapaksa, could not board an Emirates flight to the US at Dubai airport, because the airline officials told him that the US State Department had advised them to stop him from embarking.

Namal was en route to Houston in Texas to attend the funeral of his aunt. A large part of the Rajapaksa clan, including his uncle and former Defense Secretary Gotabaya Rajapaksa was already there.

Namal had tweeted that he was not given a “valid” reason for not being allowed to board the flight, but said that  “surely” it was not because of his Russian visit or his involvement with the Sri Lankan opposition.

However, his colleagues in the SLPP think that these two factors might have, in all likelihood, influenced the US State Department’s decision to ban entry.

There is speculation in a section of the Sri Lankan media that entry might have been denied because of his alleged involvement in money laundering cases. SLPP sources said that these issues could be cited as a reason if and when the US issues a statement, but that would only be to hide the most likely reason which is “geo-political.”

Namal had a multiple-entry visa to the US, valid till December this year. Therefore he did not take a visa for this visit particularly. Given that he had a visa already, the US did the next best thing, which was to send an advisory to the airline in Dubai not to allow him to board the flight to the US.

The US does bar entry or deny visas on political grounds. In September 2017, Field Marshal Sarath Fonseka, who is a cabinet Minister of Regional Development, was not given a visa to travel to New York as part of President Maithripala  Sirisena’s official entourage. Sirisena was going to attend the UN General Assembly session.

Fonseka told the media that he was not given a visa because of war crimes charges against the army he commanded during Eelam War IV (2006-2009).

He is an American Green Card holder. Fonseka used this denial to call for a full investigation into the war crimes charges to clear the name of the Sri Lankan military.

Three of the Rajapaksa siblings are US citizens, besides being Sri Lankan citizens. They are former Defense Secretary Gotabaya Rajapaksa, former Economic Development Minister Basil Rajapaksa and another bother who is settled in the US.

Namal Rajapaksa’s passport was impounded as part of a probe into an alleged money laundering, state media has reported.

But he was granted permission to travel abroad for a period of two months by the Colombo Chief Magistrate on Feb. 22 to travel Russia and Nepal for two months from Feb. 26 to attend seminars organized by Commonwealth Parliamentary Association.

Namal is facing legal battles including misappropriation of funds in an apartment project and is on bail after being arrested in July 2016. He was questioned by financial police investigating a $650-million high-end project in the capital Colombo.

He had denied any wrongdoing and said the government was on a witchhunt against its political rivals instead of delivering on its promise of good governance.

Since he swept to power in January 2015, President Maithripala Sirisena has launched a series of investigations into deals that were cleared by his predecessor Rajapaksa and his family members, some of whom were in the cabinet.

(The featured image at the top is that of Namal Rajapaksa)