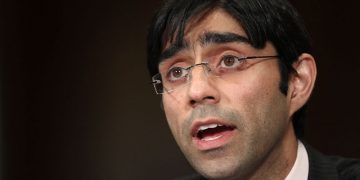 We are back to fun and games on the Pakistan-India front. Prime Minister Modi has stirred the pot by talking about Gilgit-Baltistan (GB) and in a first, equating Balochistan with Kashmir.

This has surprised all. Even the Indian intelligentsia has struggled to ascertain the wisdom behind Modi’s move. Why would an Indian prime minister whose country has tried to convince the world that India has no role in Balochistan suggest an Indian interest there? Even on Kashmir, why be so provocative that Pakistan’s pointed response becomes an inevitability and raises the temperature on the bilateral front when the world is watching?

At least to my mind, it is all very simple. And it makes sense.

Bottom line: India has botched up Kashmir again. Modi has two immediate problems. One, he doesn’t have an immediate solution to the post-Wani flare-up in Indian Kashmir. India’s security apparatus has grossly overplayed its hand yet again — going too far even by its own standards — and made the situation worse. There is no way to merely talk the people of the Valley out of this one. Two, this mess has opened up space for Pakistan to breathe down India’s neck and ‘internationalize’ the situation. The longer the episode lingers, the better it is for Pakistan in terms of keeping attention fixated on it.

Previously, a typical Indian reaction to this situation would have been to signal to the world that Indian Kashmir is none of Pakistan’s business, perhaps insinuating a Pakistani spoiling role in the flare-up. But the reaction to the current uprising was too extreme for such a predictable reaction to work. Modi has therefore opted for a strategy that aims to shift the goal post by broadening the conversation to a domain where he has constantly won: the India-Pakistan bilateral equation.

If there is a serious controversy with Pakistan that extends beyond Kashmir, irks Pakistan and elicits a tit-for-tat response on a non-Kashmir issue, and links the conversation about terrorism to Pakistan instead of India’s role in Kashmir, you’ve diverted attention and brought precious time to try and pacify Kashmir.

To ensure this, Modi’s provocation had to be out of the ordinary. The statement about GB was bound to force Pakistan to spend time defending its hold and constitutional arrangement while trying to kill any international conversation on the issue. On the other hand, pointing to Balochistan was the best way to get a harsh reaction from Pakistan and create an aura of rising India-Pakistan tensions.

Pakistan is now compelled to defend its performance in Balochistan and focus on blunting any Baloch separatist narratives that may take advantage of the situation to paint Balochistan as a dispute to be internationalised — akin to Kashmir. These efforts will at least keep the conversation on GB and Balochistan going.

Perhaps the most secure part of Modi’s strategy was his anticipation of Pakistan’s response. The Pakistani commotion is marked by its typical crudeness. Hafiz Saeed was seen motivating people for the Kashmir cause immediately after the flare-up. More recently, we have had displays of hatred towards India in Balochistan and GB. There could be no better way to lose the narrative and prove that the playbook remains the same disastrous one.

To be sure, Modi’s strategy is fraught with risk for India. It undercuts his push to convince everyone that he is interested in positive ties with Pakistan and that the onus to achieve this is on the other side. He has also broken from India’s effort to distance itself from any Bal­o­chistan conver­­sation.

I see this as a short-term cost Modi has chosen to absorb in order to solve his im­­mediate Kashmir conundrum. But ex­­pect him to rectify this soon. The Saarc summit will be his opportunity. Imagine: Pakistan-India tensions linger; the narrative in India vis-à-vis Pakistan heats up; this generates domestic political costs for Modi to travel to Pakistan for the summit; the world worries Modi won’t attend and this will cause further deterioration of ties.

But Modi again proves to be the man on horseback, and willing to defy all odds for the sake of mending ties with Pakistan. He shows up; puts his best foot forward; says nothing about GB or Balochistan; and tells the world to focus on his (and the Pakistani government’s) commitment to peace. The world is relieved and asks Pakistan not to lose the opportunity.

With Modi on one side and the Pakistani establishment on the other, South Asia may be back to its Machiavellian best. And it may make bilateral ties all too predictable: ebbs and flows with no consequential breakthroughs. A sad tale for a region responsible for the well-being of one-fifth of humanity.