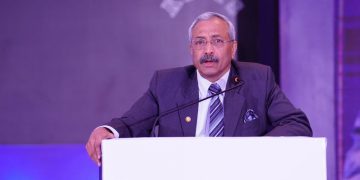 Indian military must tell politicians it’s loyal to the Constitution, not party in power

Indian military must tell politicians it’s loyal to the Constitution, not party in power For several years now, a spate of events linked to India’s armed forces, including statements from the highest rungs of military leadership, have cast a shadow on their apolitical character. This is distressing even if it is a case of misplaced interpretation, factual ignorance or the shenanigans of individuals on social media. The military’s apolitical nature is a cornerstone of India’s democratic foundation; diluting it could be disastrous. But what are the beliefs that symbolise the nature and character of the “apoliticalism” of the Indian armed forces?

Its unending deployment for internal security in Jammu and Kashmir and the North East has resulted in the military becoming a permanent and key representative of the state’s coercive power in a politically charged atmosphere. Inevitably, most of the military’s actions are politically sensitive and it often finds itself in the midst of political controversies. This is bound to continue as long as the military is deployed in support of civilian authority.

But the moot point is that such controversies must be dealt with by the military and civilian authorities acting in unison. What has regrettably become frequent is the military’s stance being in opposition to a state government’s with the central government supporting the military. The military thus becomes an object of Centre-State politics.

The “human shield” incident in Kashmir last April is illustrative. An unacceptable military act was justified in the name of operational expediency and institutionally portrayed as an act of heroism.  The military’s stance was supported by the Center but decried by the state government. The Army was mired in a political controversy and its act was both praised and supported by political parties. It seemed that the Army was taking sides in a domestic political battle and was, therefore, moving away from its apolitical character.

In recent times, the use of the armed forces for spreading yoga mats, spoiling the Yamuna river bed, constructing railway footbridges, and cleaning garbage from mountaintops is exceptionable. The government needs to handle the military with greater care, delicacy and respect. The military also needs to tell the government, behind closed doors, that it cannot be employed for the benefit of a political party or of a religious organisation it supports.

The military’s deliberate leveraging of its operations on the Line of Control for domestic electoral purposes suggests that the armed forces serve the political party in power, like in China. Such a portrayal has given rise to speculation that the military’s apolitical nature is being increasingly compromised.

The Army Chief’s recent comments about a political party, the All India United Democratic Front in Assam, suggested that the Army was taking sides in what is essentially a political battle between the ruling party and the opposition.

Some commentators have argued that there is nothing wrong in the Army supporting the central government, which it serves, especially when it comes to matters of security. True, the Army is an executive arm of the government, but it owes its loyalty to the Constitution of India and not to the party in power.

Indeed, saying that the military is apolitical means that it does not take part in any political argument and even if it wishes to express its views about the impact of political maneuvering in security, it should convey them behind closed doors. The basis of being apolitical rests on avoiding as far as possible the messy and murky world of domestic politics. Yet, recent incidents and statements put the military under the arc lights for all the wrong reasons.

Another important sphere of civil-military interaction is external security. Here again, statements of military leaders about foreign countries have significant impact on foreign relations. It is not unusual to convey signals to other countries through the statements of military chiefs. But such statements are crafted and approved at appropriate levels and reflect the government’s view.

It would, therefore, not be incorrect to assume that recent statements of the Army Chief about Pakistan and China reflect the government’s viewpoint. If it were not so, the pronouncements would have been denied or contradicted. Since the statement that China and Pakistan are orchestrating immigration from Bangladesh has come from the Army Chief, we must assume it is true.

But does such an accusation have to be leveled by the Army Chief, especially when no other arm of the government has brought it to the public’s notice? Clearly, there is a need to exercise greater discretion while commenting on foreign countries as it affects the sphere of political relations, driven primarily from outside the military arena.

Words are the primary weapon of politicians, not of the military. Although the military may also use words as a weapon, the power of the word in a democracy is better exercised by civilian authorities. The military need not seek the limelight. Instead, it should carry out its duties quietly, contain its views and disagreements on politically sensitive subjects to closed door sessions and let its actions speak for themselves. When it has to express its views, preferably through an official spokesman, the military should be guided by the tenet that one of the greatest values it brings to India’s democracy is not taking sides in the domestic political discourse. It is thus that the military will maintain the distinction of being an apolitical force.