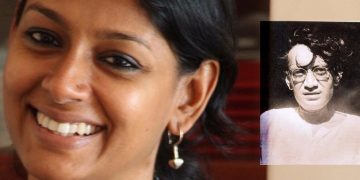 The official line-up was announced by the festival’s artistic director Thierry Fremaux in Paris on Thursday.

A historical period drama about Manto, who is known for his writings around the partition of India and Pakistan, is the only Indian film competing in the Un Certain Regard category of the gala, to be held from May 8-19.

Nandita, who has been a jury member at the movie jamboree twice – in 2005 and 2013 – had last year introduced Manto to the Cannes audience via ‘In Defence of Freedom’, a prelude to the feature film.

Now heading to the fest with the film in full form, Nandita’s happiness knows no bounds.

“We are in Cannes! Manto is selected in the official section Un Certain Regard. Exciting moment for the entire crew and cast,” tweeted the film-maker, whose 2008 directorial debut Firaaq, on the aftermath of the Gujarat riots, was also screened at Cannes.

Nawazuddin, who plays the bespectacled Manto in the eponymous film, is also excited.

“‘And it is possible that Saadat Hasan dies, but Manto remains alive’. Glad to inform that Manto is selected for competition at Cannes 2018 in Un Certain Regard section. Congratulations Nandita Das and Team Manto.”

Actor Rasika Dugal, who essays Safia Manto – the protagonist’s wife – told IANS, “It will be such an honour to present our film there. In the times we live in, a film which strongly defends freedom of speech, should reach a wide audience not just in our country but across the world.”

Rasika added that the film speaks of “fearlessness with sensitivity and that’s something to nurture and celebrate”.

The background score is by table maestro Zakir Hussain, with music composed by Sneha Khanwalkar.

Netflix has boycotted the festival to protest films produced by streaming platforms from being banned from the competition section.

At a press conference, Fremaux answered questions about the lack of women in the line-up, offering his usual reply that the festival has to deal with the titles that are being submitted.

He also said how the gala will never be the same after Hollywood’s sexual scandal following the exposure of producer Harvey Weinstein, describing it as an ‘earthquake’ moment for the industry, The Hollywood Reporter reported.