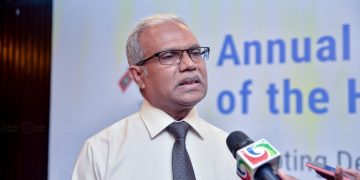 Male, March 3 (Avas): The Maldives Foreign Minister Dr Mohamed Asim on Friday admitted that the government is putting in a ‘major effort’ to convince foreign tourists that the crisis-hit tropical island nation is safe to visit.

Speaking during a program on state television, the minister admitted that the situation is severely affecting tourism in the Maldives.

“The current situation would have a major impact on our tourism. Even today the tourism ministry told me the effect this situation was having on tourism. So to inform and convince the world that Maldives was safe and peaceful has become the primary focus of our work,” minister explained.

The minister also assured that all the relevant authorities are working together to improve the image of the country.

The tourism industry severely hit with declining occupancy over the state of emergency.

In addition to China, several countries including India, US, Europe, UK have issued varying degrees of travel advisories to their citizens following the turmoil in the luxury tropical island destination.

The industry had warned that the state of emergency could cost the country millions.However, despite the obvious damage to the linchpin of the island nation’s economy, president Yameen President Yameen had got the parliament contentiously extend it by another 30 days.

President Yameen is facing mounting pressure even within the security forces after exploiting the rights suspended under emergency state to crackdown hard on the opposition as police have made a series of high profile arrests including former president Gayoom, three lawmakers, chief justice Abdulla Saeed, top court judge Ali Hameed and the chief judicial administrator.

(The featured image at the top is that of Dr.Mohamed Asim)