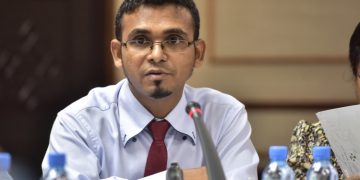 Male, February 1 (newsin.asia): The Maldivian government is addressing the country’s debt problem by diversifying its debt instruments and reducing short term debt so that the Debt to GDP ratio is lessened, Finance Minister Ahmed Munawar told Stefania Palma of www.thebanker.com

For decades, the Maldives government borrowed from the Central Bank, a practice that led to monetary inflation, Munawar said.

“Borrowing from the central bank in a country such as the Maldives leads to the printing of money. The total money supply in our system expands and this leads to high inflation, which directly leads to reserve depletion. This is exactly what happened in 2008 to 2009. This is why we had to go to the International Monetary Fund for a program and why we had a 20% currency devaluation in 2011,”  he explained.

The government stopped borrowing from the Central Bank in 2013. However, legacy Central Bank debt still accounts for most of the country’s domestic debt, which in 2017 was equivalent to 36.4% of Gross Domestic Product (GDP). Add external debt to that and the economy’s 2017 debt-to GDP ratio totaled 60.7%, the Minister pointed out.

Munawar is keen to squeeze that ratio while diversifying the sovereign debt profile in terms of maturity and funding sources.

A “huge chunk” of the Maldives’ domestic debt is in treasury bills, which have a maturity below one year, says Munawar.

“But we have been trying to move away from short… to longer term debt.”

The minister also aims to print new debt instruments, including a private placement in international capital markets as well an Islamic sukuk bond.

“In 2018, I really want to [print] the [first] Islamic sukuk in the domestic market,” says Munawar.

Sukuk are Islamic bonds, which are structured in such a way as to generate returns to investors without infringing Islamic law (that prohibits riba  or interest).

In the case of conventional bonds the issuer has a contractual obligation to pay to bond holders, on certain specified dates, interest and principal. In contrast, under a Sukuk structure the Sukuk holders each hold an undivided beneficial ownership in the underlying assets.

A portion of Maldivian sovereign debt – including its debut US$ 200 million sovereign bond of 2017 – is used to fund infrastructure mega-projects, including the new Dharumavantha Hospital, as the country seeks to diversify a tourism-heavy economy into the healthcare sector.

With medical infrastructure and equipment lacking, Maldivians travel abroad for a number of treatments. Because the country has universal healthcare coverage, the government pays the hefty bill.

“But with the Dharumavantha Hospital, “we can reduce the number of Maldivians we have to send abroad”, Munawar said.

“As a result we will be able to save in foreign currency and make our healthcare financing more sustainable in the long run.”

The government’s infrastructure investment program also includes transport, which will account for 38% of public capital expenses in 2018.

The biggest initiatives involve the Velana International Airport expansion and the Hulhumalé urban development and bridge project. The airport could help raise the annual number of tourist arrivals from today’s 1.4 million to the government’s target of 7 million.

In 2017,Munawar set up the country’s first sovereign wealth fund to guarantee debt repayment for the airport project.

“We set up the Sovereign Development Fund [to ensure] we can start the repayment of loans for the airport terminal and runway when they are due,” he says.

Last year was also momentous on the trade front. In December, the Maldives signed a free-trade agreement (FTA) with China, which means no tariffs on 96% of imports between the two countries.

This could particularly benefit the Maldivian fishing industry, which accounted for 4% of the country’s GDP in 2016, Munawar pointed out.

This FTA has a broad remit in that it covers investment and services in addition to goods. This could boost Sino-Maldivian economic co-operation further and help the archipelago benefit from Chinese technical assistance.

Critics say the Maldives rushed into signing the FTA without having a real debate in parliament, but Munawar said the government had been working on this FTA for four years and both parties engaged in five rounds of discussions.

“It is not something which came out of the blue,” he says. “An FTA does not happen overnight.”

But it remains to be seen how India, Maldives’s key trading partner, neighbor and ally, will react to the Maldives signing an FTA with China, a country whose relations with New Delhi are historically bumpy.

The Maldives has yet to sign an FTA with India, though it has promised to do so.