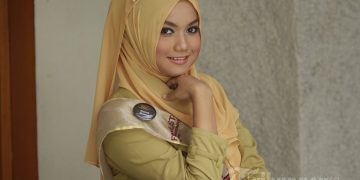 Male, April 9 (Maldives Independent): The Maldives is getting its first beauty pageant later this month, with organisers emphasising the contest’s decency. Top Model Maldives is the first international competition of its kind to be held in the country.

The franchise beauty pageant, managed by the World Beauty Organization, launches on April 15 with 21 contestants. They will compete for 10 places at the finale, during which three winners will be selected.

The trio will have the opportunity to take part in the franchise’s international event, to be held in Granada in October.

The competition, which includes the chance for public voting, will be webcast live.

Speaking to the Maldives Independent, event organizer Shaheem Ibrahim said the contest would reflect local customs and be a Maldivian-style event.

“Even in the international stage the focus is no longer on the body. It is more than that. It will be very decent and, as countries like Malaysia and Morocco already take part in this it is easy to fit a Maldivian style. We have got a lot of support from the public,” he said.

The government in recent months has ramped up its religious rhetoric, proclaiming the country to be 100 percent Muslim and stressing its Islamic identity.

In January the Maldives Integrated Tourism Development Corporation was forced to apologize for scantily clad women who performed during a New Year show organised by the government, after criticism from an Islamic group.

The show, which was aired live on state media and attended by President Abdulla Yameen and the first lady, attracted a social media backlash for showing the dancers and the female host.

“It is not allowed in Islam for women and girls to dress in short clothes and perform in front of men. It is not something that I can support,” Iyaz told the Maldives Independent.