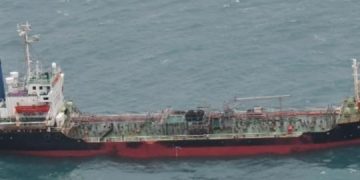 Male, March 1 (newsin.asia): The Government of the Maldives has “in no uncertain terms”, denied Japan’s charge that a vessel named “Xin Yuan 18”, which has been seen transferring fuel to North Korea, is Maldivian.

“No such vessel is registered in the country,” the Ministry of Foreign Affairs said in a statement on Wednesday.

“Further we condemn, in the strongest possible terms, the use of our National Flag in a manner so as to tarnish the good standing and reputation of our nation and that of our people.”

“The Maldivian authorities do not allow flag of convenience to foreign owned vessels to operate outside Maldivian waters,” the statement added.

“The Government of Maldives gives high priority to the implementation of all resolutions of the United Nations Security Council, including the Resolutions on Democratic People’s Republic of Korea (North Korea).”

“The Administration is currently investigating the matter and wishes to make clear that the Maldives will pursue aggressive action against any such acts which affects the National Identity in such a detrimental manner,” the statement said.

Japan had charged that the ship “Xin Huan 18”, flying the Maldivian flag, was one of the four ships that have defied international sanctions and transferred illegal goods to North Korean vessels.

“Judging from the fact that the two vessels lay alongside each other with their lights turned on at night, both vessels could have been engaged in some type of activity. Following a comprehensive assessment, the Government of Japan strongly suspects that they conducted ship-to-ship transfers banned by UNSCR.”

“In February 23, 2018, the US Government had designated Chon Ma San as a vessel of sanction target against North Korea. Government of Japan confirmed that Chon Ma San erased its vessel name.”

So far, Japan has been the only country to patrol the waters of the Yellow Sea between China and the Korean peninsula and the neighboring East China Sea.

There are global sanctions against North Korea which prohibit the transfer of goods to Pyongyang.

So far, the illegal transfers have been of crude oil or refined petroleum products.