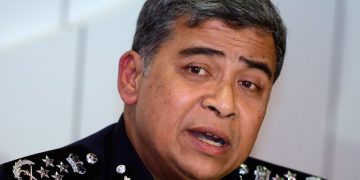 Kuala Lumpur September 5 (NIA): The Malaysian police have warned that the Liberation Tigers of Tamil Elam (LTTE) is an illegal organization and action can be taken against Malaysians who support the group, The Star reports.

“I want to warn these groups which support the LTTE that it is a group that is banned by the United Nations. We, as a UN signatory country, can take action against them (supporters),” Bakar told reporters after launching the Inspector-General of Police Gallery at Bukit Aman.

Police have arrested five people, ages 27 to 56, and are looking for four more over the assault on Sri Lanka’s High Commissioner to Malaysia Ibrahim Ansar at the Kuala Lumpur International Airport on Sunday.

“We regret that the incident happened,” Khalid said.

Khalid said Ansar sustained bruises on his face and body after he was assaulted by a group of people at KL International Airport.

These groups had broken away from the traditional party of the Tamils of Malaysia,  Malaysian Indian Congress. The senior most leader of the pro-LTTE Tamils in Malaysia is Prof.P.Ramaswamy, who is also Deputy Chief Minister of Penang State.