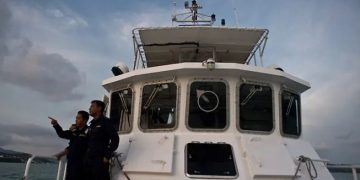 Kuala Lumpur, December 13 (Reuters) – Malaysia’s maritime agency said on Sunday it had seized more than two tonnes of crystal methamphetamine worth 105.9 million ringgit ($26.2 million) from a boat off the country’s west coast, its largest-ever haul of the drug.

Malaysia has made several record busts of crystal meth in recent years. Authorities have said the intercepted shipments were part of a multibillion-dollar illicit drug trade that stretches across Australia, Southeast Asia and China.

A chase ensued when the boat’s lone occupant, a 26-year-old Malaysian man, refused orders to stop.

He then attempted to escape by jumping into the water but was later arrested, Mohamad Zubil said.

The origin and destination of the drugs are still under investigation. The tea packaging, though, was similar to that found in previous shipments suspected to have come from Myanmar, Mohamad Zubil told Reuters.

“This is the biggest seizure in MMEA’s 15-year history,” he said.

“As big as two-plus tonnes is – and it’s massive – the syndicates that run the drug trade in Asia can easily replace shipments like this,” said Jeremy Douglas, Southeast Asian regional representative for the United Nations Office on Drugs and Crime.

“The region needs a forward looking strategy that addresses root causes if they ever hope to get ahead of the situation.”