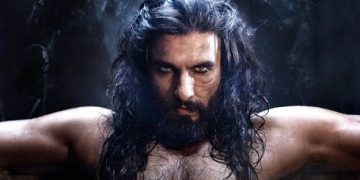 The film has already attracted protests in India, after groups critical of the project accused its director, Sanjay Leela Bhansali, of distorting history by portraying the Muslim ruler as the “lover” of Queen Padmavati of the Hindu Rajput warrior clan.

Last month, India’s top court allowed the film to be screened nationwide, despite moves to ban it in two states.

But in Muslim-majority Malaysia, authorities have instead rejected the portrayal of Sultan Alauddin Khilji and banned the film.

“He is portrayed as a Sultan who is arrogant, cruel, inhumane, devious with all kinds of trickery, unreliable and who does not fully practice Islamic teachings,” the ministry said in a statement.

Malaysia’s Film Censorship Board ruled that the movie was “not approved for screening”, while an appeal lodged by the film’s distributors was rejected on Tuesday, the ministry said.

Bollywood films are popular in Malaysia, where ethnic Indians make up seven percent of the country’s 32 million people.

Malaysia has previously blocked the release of Hollywood movies deemed religiously insensitive, such as 1998’s “The Prince of Egypt”, which depicted the Biblical story of Moses, and 1995’s “Babe”, which featured a pig as the main character. Muslims consider pigs unclean.

Last May, the release of Walt Disney’s “Beauty and the Beast” was held up over a “gay moment” in the film.