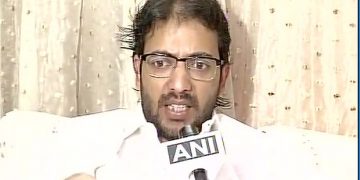 Mumbai, September 23 (NIA):  In the wake of the terrorist attack in  Kashmir’s Uri region in which 18 Indian Army soldiers lost their lives, the Maharashtra Navnirman Sena (MNS) on Friday issued a 48 hour-deadline to Pakistani actors and artists to leave India, saying they will push them out of the country if they don’t go back to their nation.

“We give a 48 hour deadline to Pakistani Actors and artists to leave India or MNS will push them out,” said Amey Khopkar, MNS Chitrapat Sena president.

This comes at a time of heightened tensions between the two nations after four terrorists killed 18 Army personnel at an Army camp in Uri region.

This is in line with the MNS’ tradition of taking on soft targets like artistes and writers in support of its regional and ultra nationalistic demands.

It is not clear if any Pakistani artistes are now around in Mumbai.

India blamed Pakistan for the attack as probe agencies reportedly recovered weapons and ammunition bearing Pakistani insignia from the site.

Pakistan has, however, flatly rejected New Delhi’s claims of involvement in the Uri terror attack, stating that the latter has a traditional tendency to point fingers at the former whenever a terror attack takes place on Indian soil.

Prime Minister Narendra Modi has condemned the attack and said that it won’t go unpunished.

Notably, it is not the first time that Pakistani artists have been threatened by Mumbai-based political parties.