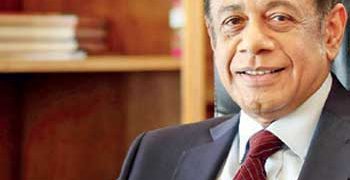 Colombo, April 25 (newsin.asia): Sri Lanka’s Defense Secretary Hemasiri Fernando resigned on Thursday at the request of President Maithripala Sirisena after he had failed to act on intelligence about a plan to stage suicide attacks on churches and the Indian High Commission in the capital.

Hemasiri Fernando’s negligence had led to nine suicide bombers attacking three posh hotels and three churches on April 21 which led to the death of 359 persons including 40 foreigners..

The President had asked both Fernando and Jayasundara to resign as both had failed to act on very good and precise intelligence provided by India on April 5 and 11. While Fernando has complied police chief Jayasundara is still holding out.