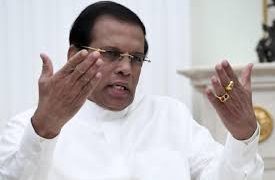 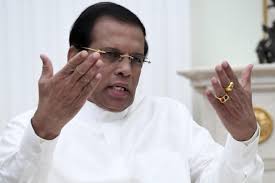 Colombo, February 27, (Reuters): Sri Lankan police told a court on Wednesday they would not press charges against an Indian national over an alleged and discredited plot to kill President Maithripala Sirisna due to lack of evidence, bringing a political drama to a low-key finale.

Inaction over the plot resulted in President Sirisena ordering the removal of Ranil Wickremesinghe as prime minister and dissolving parliament in November, replacing him with Mahinda Rajapaksa.

The Supreme Court ruled the move unconstitutional, forcing Sisrisena to reinstate Wickremesinghe in December, ending a brief period of chaos in the South Asian island nation.

The court, however, ordered the Indian, Marsili Thomas from Kerala, to remain in custody for two weeks as police probe an allegation that he overstayed his visa.

Thomas, who was silent throughout the hearing, was arrested in September over the alleged plot after an Indian newspaper reported that Sirisena had accused India’s intelligence services of involvement.

Both New Delhi and Colombo have since rejected claims made in the report.