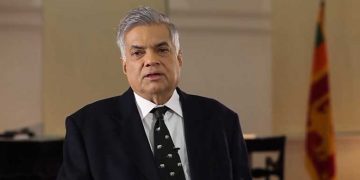 Addressing the foreign media here on Tuesday, Wickremesinghe said that several countries such as the US, UK, France and India have offered help in the investigations. “Our police will decide whose help we should take,” he added.

The Prime Minister further said that the main aim of the investigation is to unravel the network which appears to be international.

Asked whether he would take the claims of the Islamic State (IS) that it did the bombings, he said that all claims will be looked into, as such a widespread and deadly bombing operation could not but have had a foreign involvement.

“We are aware that some of the suspects have undertaken foreign travel and might have secured training,” the Prime Minister said.

But it is too early to come to definitive conclusions about any specifics, he added.

Wickremesinghe said he was not aware of any claims about the involvement of the Jamaiat Mujahideen India (JMI) which is aligned to the Bangladesh-based Jamaiat-Mujadideen Bangladesh (JMB).

Likewise, he was not aware of any bid to stage another round of bombings.

The Prime Minister said that it is not known if Moulvi Mohammad Zahran, the leader of the National Tawheed Jamaat , which is believed to have executed the bombings, is alive or dead.

“The police are still in the process of identifying the bodies. However, it is said that he was one of the suicide bombers,” Wickremesinghe said.

Asked why the government had not acted on the intelligence provided by India and why details of the National Tawheed Jamaat which had been given after the desecration of Buddha statues in Mawanella in December 2018 had not used to crackdown on the group, the Prime Minister said that these lapses are being looked into by a special Presidential Commission.

Asked if his troubled relations with President  Maithripala Sirisena have affected matters relating to security, Wickremesinghe said he is in touch with the President and had talked to him even on Tuesday.

“We may have our differences but  at this juncture both of us are engaged  in getting to the bottom of the terrorist act and maintaining peace in the country,” he said.

The Prime Minister said that he expected no commotion or attacks on Muslims as people are calm. Leaders of all communities, religious groups and political parties have appealed for calm and the people have responded positively he pointed out.

He denied that the Easter Sunday bombings will exacerbate ethnic tensions and relations between Sinhalese-Buddhist majority and the minority Muslims and Tamils.

“I met the opposition leader Mahinda Rajapaksa and the Tamil leader Sampanthan and they all assured me that peace will be maintained,” Wickremesinghe said.

He claimed that Sri Lanka has solved the problem of the minorities and that all ethnic groups  are working together.

He wondered why a country which is facing terrorism should be subjected to such questions. “Our priority now is to get to the bottom of the bombings and ensure peace in the country,” Wickremesinghe stressed.