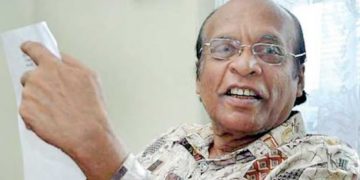 D.E.W. Gunsekara said China is a "strong, sovereign and independent state that can act to protect its people. COLOMBO, Feb. 23 (Xinhua) — China has taken swift and decisive measures to contain the COVID-19 outbreak, and the country’s “herculean” efforts should be highly commended, General Secretary of the Communist Party of Sri Lanka D.E.W. Gunasekara has said.

“Within a short period since the start of the outbreak, the infection rate and death rate are both coming down. In that context, this is an achievement,” the 84-year-old party leader told Xinhua recently.

Noting that some measures, including the lockdown of Hubei Province, the epicenter of the outbreak, might have caused inconvenience to residents, he said such steps are necessary for the greater good.

Calling China a “strong, sovereign and independent state that can act to protect its people,” he expressed his belief that under the leadership of the Communist Party of China, the country will soon overcome the epidemic and recover its economy.

He also said that the bravery and self-sacrifice of the Chinese people, the People’s Liberation Army and Chinese medical workers was exemplary.