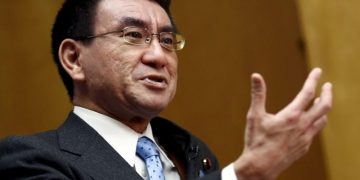 Is Japan out of sync with South Asia’s concerns?

Is Japan out of sync with South Asia’s concerns? Colombo, January 10: Japan is making diplomatic and military moves in South Asia to stem the increasing threat to the existing power structure from China, but South Asian countries, barring India, have other more pressing concerns which Japan has to address if it is to make headway in its project to contain China, writes P.K.Balachandran in South Asia Monitor.

Deeply concerned about China flexing its muscles in the South China Sea, and its expansionist moves in South Asia and the Indian Ocean Region (IOR), Japan has become diplomatically active in the region in an effort to stem Beijing’s ever widening influence here.

Foreign Minister Taro Kono’s journey through Pakistan, Sri Lanka and the Maldives from January 2 to 8, reflected Tokyo’s anxiety to keep the Chinese dragon in check, lest it completely supplant Japan, India and the US as the most influential power in the region.

But Foreign Minister Kono would have discovered that South Asian nations, except India, do not exactly share the interests and anxieties of Japan in regard to China.

Of course, all of the three countries have cordial relations with Japan going back to the 1950s, and view Japan as a “benign power” whose development assistance without strings attached had been the mainstay of foreign aid for long. But the situation changed radically when China emerged from isolation. Beijing now provides large amounts of funds promptly, executes projects speedily, and does what  the local regimes want – something other countries are unable, or unwilling, to do.

Countries of South Asia (which are without big power ambitions unlike India) want to develop themselves economically first and foremost. They are also laying stress on infrastructure development, for which they need large amounts of foreign funds. China is the only country which has the wherewithal and the willingness to meet the requirement. These countries are not very much bothered about China’s hidden agenda and the dangers of accepting Chinese terms.

Kono’s  tour was mainly aimed at getting these countries to accept Japan’s thesis that China’s economic and strategic expansion in the Indo-Pacific region has ulterior motives and that countries in the region had better be wary of the consequences of embracing China unreservedly.

He sought their support for a new security architecture for the Indo-Pacific Region (IPR) which includes the India Ocean countries, Japan, Australia and the US. The “Quad”, comprising US, Japan, India and Australia, is expected to be in-charge of security in the IPR.

But as pointed out earlier, Pakistan, Sri Lanka and the Maldives have domestic concerns and objectives which have made them accept the Chinese embrace regardless of the supposed dangers.

But Japan, engaged as it is, in a campaign to point out the flaws in the OBOR initiative, especially the alleged lack of transparency and propensity to push recipient countries into a debt trap, was cool to the justification of the CPEC. The Japanese press ignored it.

However, Asif and Kono were in agreement on the need to tackle “terrorism” because Japan is extremely concerned about threats to maritime security from pirates and terrorists, and Pakistan is wracked by radical Islamic terrorism. Cooperation in counter-terrorism was mentioned by the media on both sides. Kono had a very significant meeting with the Pakistani army chief Gen. Qamar Javed Bajwa.

Kono urged Pakistan and other South Asian countries not to allow “loopholes” in the U.N. sanctions against North Korea. This was a key request given Pakistan’s help to North Korea for developing nuclear weapons technology in the past. Foreign Minister Asif said that Pakistan is committed to abiding by the UN Security Council resolutions on North Korea, indicating its changed stance, which Kono would have found reassuring.

Asif briefed Kono about the trilateral efforts being made by Pakistan, Afghanistan and China to bring peace and reconciliation in Afghanistan with the cooperation of the Taliban. But being a maritime nation, Japan is not particularly concerned about landlocked Afghanistan and has left matters relating to it to its allies, the US and India.

Asif’s briefing on the human rights violations in Kashmir also did not evoke much interest among the Japanese because Japan has good relations with India – the alleged perpetrator of violations.

Kono urged Pakistan to sign the Comprehensive Nuclear Test Ban Treaty and the proposed Fissile Material Cut-off Treaty, treaties dear to Japan which is in the forefront of the campaign against nuclear weapons. But Asif evaded the issue because of the India factor.

At his next halt in Colombo between January 4 and 6, Kono laid stress on maritime security issues, as both Japan and Sri Lanka are maritime countries and maritime insecurity is a bee in Japan’s bonnet.  Kono explained Japan’s “free and open Indo-Pacific” strategy and sought Sri Lanka’s understanding of the importance of maintaining a maritime order based on the Rule of Law, indirectly pointing an accusing finger at China.

Significantly, Kono visited Colombo harbor and offered support for the development of the port. This is significant because China has built and operating a successful container terminal there.

However, the Sri Lankan government has sought Japanese aid to develop Trincomalee harbor. But Tokyo has its eyes on Colombo, the county’s only functioning and successfully run international harbor.

Sri Lanka is also a destination for massive Chinese investment under  the OBOR initiative. Kono signaled Japan’s willingness to cooperate with the OBOR initiative in Sri Lanka but stressed the importance of the projects being transparent and fair. However, observers wonder how far funds-strapped Sri Lanka can go about scrutinizing Chinese terms.

Japan is keen on aiding infrastructural development in Sri Lanka especially in the field of health and waste management. Sri Lanka, in turn, would like Japan to invest in infrastructural projects, preferably in collaboration with India to accommodate Big Brother in the island’s development projects.

Kono explained Japan’s  “Free and Open Indo-Pacific Strategy,” and sought cooperation in the fields of maritime security and defense. Sri Lanka said that it also believes in a maritime system based on the rule of law and freedom of navigation. However, Sri Lanka cannot go the whole hog and be a front runner in this campaign because of its financial dependence on China.

Maldives is certainly concerned about maritime security, as an island nation, but it will not stridently support the US-Japan line for fear of antagonizing China.

Maldivian President Abdulla Yameen told Kono that the focus in the  Maldives is currently on development cooperation because the country is on the path to “transformational and comprehensive economic change”. Yameen acknowledged that Japan is a pioneer in development assistance to the Maldives and has funded schemes in all areas, especially shore management, mitigation of the effects of climate change, and capacity building in the development sector.