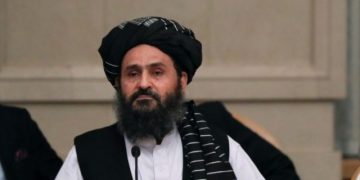 Amidst an on-going war against the Taliban, against the background of suspended US-Taliban talks, and in the context of widespread allegations of fraud, a Presidential election has was held in Afghanistan late last week.

The overall population of Afghanistan is estimated to be between 30 to 35 million people, of whom 16 million are eligible to vote. The Independent Election Commission said that it had  registered over nine million voters, but from current estimates, less than two million people voted. The principal contestants are incumbent President Ashraf Ghani and his Chief Executive Abdullah Abdullah.

While the US State Department has hailed the election as a victory of democracy over terrorism, most common Afghans wonder if the exercise was worth it, given the fact that so far, “democracy” has brought neither peace nor development nor a corruption-free and equalitarian government to the country.

In Afghanistan, as in other South Asian countries, democratic institutions do not work on the concept of “a common citizenship” but on primordial loyalties to social groupings based on ethnicity, language, and religion, apart from kinship and tribalism.

Rules are bent to accommodate these loyalties and commitments making a mockery of the modern Western concept of common “citizenship”, equality before law and the Rule of Law. Democratic institutions do exist with all their ceremonial and formal trappings, but these are mere shells with the inside nothing like what one would expect to find in a Western-style democracy.

This is why there is disillusionment in the voting population. “We voted five years ago despite security threats, but it did not work,” an agency quoted Sami Sultani, a resident of Kabul, as saying.

“We participated but again we saw fraud,” said Hamid, a resident of Kabul.

“Technical problems are first, then there is mistrust among the people, and then the security threats: these are among the key factors that prevented people from coming out in large numbers,” said Yousuf Rashid, head of the Free and Fair Election Forum of Afghanistan (FEFA).

Giving the disillusionment with democracy, the voting percentage has been coming down steeply. It was 70% in 2004 and is only down to two million out of nine million.

According to Afghan commentator Mohammad Zahir Akbari, Afghanistan has seen many political systems from democracy to monarchy to communist autocracy to Talibanism. But none succeeded in bringing peace, stability, orderly progress and good governance.

The reasons are partly internal dysfunctions as well as foreign interference.

World powers, whether they were the colonial British, Tsarist  Russia, the Soviet Union or the US, have not allowed Afghans to live in peace because of the area’s strategic importance. Countries like Pakistan and India have also developed strategic stakes in Afghanistan and have either been drafted by other powers or are acting on their own. The latest to throw the hat into the ring is China.

According to Akbari, the Afghans took to democracy with enthusiasm after the oppressive Taliban was overthrown. They  saw democracy as a panacea and as a way of ending destructive conflicts and social and tribal dissensions. But over time, democracy has proved to be vacuous.

“Questions are raised whether the soil of Afghanistan is conducive to the tree of democracy or it has not been planted properly? What are the differences between Afghan democracy and other democracies in the world, especially democracy in  post-conflict countries which have produced wonderful results?” Akbari asks.

The main feature of the democratic system is gaining of power through transparent elections.But this has not happened in Afghanistan. The other feature of democracy is a meaningful role for the people, especially political parties, in sharing power. But this too has been conspicuously absent.

Needs of ethnic collectivities  have over-ruled individual rights. “Childish emotions” rather than rational thinking have got the better of Afghan politicians.

One of the flaws in Afghan democracy is the absence of proper political parties.  Afghanistan has more than 72 officially registered political parties and numerous movements occupying the political landscape. But political parties must be defined on the basis of modern criteria not ethnic and other traditional criteria, which divide people along rigid lines, Akbari says. These criteria preclude genuine cooperation and the emergence of common platforms to run a run a country on the basis of stable policies and unified governmental action.

Since politics is nothing more than jockeying for power and retention of power by fair means or foul, it is based on division and conflicts rather than cooperation for the common good.

“Some political parties based on ethnicity invent enemies, so as to continue their games. It can be said that ethnic leaders and voting banks are obstacles to the institutionalization of democracy in Afghanistan,” Akbari says.

He also points out that poverty and the perpetual struggle to live, leave most Afghans with no time or inclination to think about secondary needs like participation in the political process. This means that many vote just for cash.

Former Afghan President Hamid Karzai considers the present election ill-timed. The war has not ended and US-Taliban talks have broken down with US President Trump ending it. The Taliban is still refusing to include the Kabul regime in talks saying that it is a US puppet. Therefore, what good is going to be achieved by holding an election and installing another “US puppet regime” in Kabul?

Given the objective conditions in Afghanistan, the only workable solution is to recognize that unity can achieved only by one and only common institution, namely Islam. Islam is the only glue which binds the various classes, tribes and regions of Afghanistan. And the most effective instrument of Islam in Afghanistan are the Taliban. They represent the Shariah which every Muslim could be expected to adhere to.

True, the Taliban are mostly Pashtun, one of the many tribal communities in Afghanistan. But the Pashtun are the single largest community in Afghanistan.

However, the Taliban fought its way back, eventually making Washington come to the negotiating table.  It is another matter that President Trump called off the talks when he found that yielding to the Taliban in a pre-election year will cost him dearly.

Afghanistan has to brace itself for a prolonged conflict. Either the United States or the Taliban have to win decisively for the country to settle down to orderly political and economic development.

(The featured image at the top shows Mullah Abdul Ghani Baradar, co-founder of the Taliban and its Chief Negotiator)