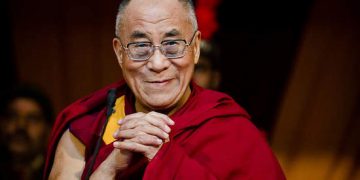 India’s Tibetan card weakens as the Lamas squabble over successions

India’s Tibetan card weakens as the Lamas squabble over successions New Delhi, December 29: (Hindustan Times): History has it that apart from the then Prime Minister Jawahar Lal Nehru’s forward policy to demarcate the Indian border with the Tibet Autonomous Region of China, the decision to provide shelter to 14th Dalai Lama after he crossed over on March 31, 1959 was one of the principal reasons behind the 1962 border skirmishes across the 3, 488 kilometer Himalayan boundary. Beijing’s assumption was that the presence of high lamas in the country would offer a certain leverage to India in the Tibetan plateau and that the high Buddhist priests could instigate a rebellion to destabilize an atheist China.

Despite Nehru advocating dialogue with China as the only way out to sort out the Tibet issue (as the 14th Dalai Lama confirmed in his interview with HT this week), the Chinese viewed each Indian move with suspicion and even went on to call the 14th Dalai Lama a terrorist out to split Communist China. Over the past decades, the Chinese have blamed Indians for training Tibetan youth for rebellion and insisted that New Delhi recognize “One China” policy in virtually every bilateral document. India, on the other hand, has insisted time and again that the 14th Dalai Lama is an honoured religious guest and is kept far away from Tibetan politics.

Now, with the 14th Dalai Lama making it clear that he had nothing to do with his reincarnation, the Chinese mistrust of decades towards India has turned out to be misplaced. The Tibetan movement itself is splintered with rival Buddhist factions and Beijing acquiring an iron grip over the roof of the world. China has already initiated the process of identifying the reincarnation of the 14th Dalai Lama by making it clear as early as 2015 that it was not his decision to cease the reincarnation just as it was not his decision to become the temporal and spiritual head of Tibet. The religious leader in India, however, wants to go through a process of first asking Tibetan people living outside China to ratify the institution of Dalai Lama itself and then initiate the dialogue to decide on his successor. The 14th Dalai Lama has made it clear that he will neither emanate nor appoint ( and then tutor) his successor .

With over 100,000 Tibetans living in exile in India, it is safe to assume that reincarnation of the 14th Dalai Lama will be found but by that time the Chinese government would have appointed its own official head of the Yellow Hat Gelug School. This would be a replay of the scenario when the 10th Panchen Lama, the second highest Lama of Tibetan Buddhism, died in January 1989. After a due process of six years, the 14th Dalai Lama proclaimed Gedhun Choekyi Nyima as the 11th Panchen Lama on May 14, 1995. The Chinese authorities arrested the boy three days later and he has never been seen again though the religious leader believes he is still alive. Beijing selected its own six-year old Gyaltsen Norbu as the 11th Panchen Lama six month later and enthroned him at Shigatse monastery. Complications and intrigue did not end at this as there are two co-claimants to the title of the 17th Karmapa, the head of wealthy Karma Kagyu school, with Ogyen Trinley Dorje recognized by the 14th Dalai Lama (and China) and Trinley Thaye Dorje recognized and installed by the late nephew of the 16th Karmapa.

So the possibility of two Dalai Lamas, two Panchen Lamas and two Karmapas along with numerous reincarnations of other high lamas cannot be ruled out . Even though the 14th Dalai Lama says that there can be more than one reincarnation of the lama, he admits that there should only be one title holder. Still, it is not clear who will decide on the title holder once the Gelug School’s head passes away. It is quite evident that the Tibetan movement is on the verge of splintering on the eve of 60th anniversary of the Dalai Lama’s flight to India.

The myth of India’s Tibet card is gone and there are turbulent times ahead in Buddhist world.