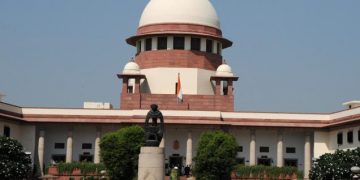 New Delhi, August 25 (The Hindu): The Supreme Court on Wednesday asked the Tamil Nadu government to chin up and face criticism of its policies. No other State in the country seemed to have filed so many criminal defamation cases, that too using the state machinery and the public prosecutor’s office, in the recent past, the court observed.

A Bench, led by Justice Dipak Misra, perused the history of defamation cases filed in the past five years and said criminal defamation cases were filed even for reports about the Chief Minister’s health condition

This is not the way… this is not the sign of a healthy democracy. This shows State’s control over the sanctioning authority and prosecutor’s office in filing defamation cases against opponents, media and political rivals,” Justice Misra observed orally.

“If somebody criticises the policy of the government, if the person criticised is a public figure, he has to face it instead of using the state machinery to choke criticism,” the Bench said.

The court issued fresh notice to the State government and the authorities and directed them to file their responses on the issue within three weeks. The court then posted a hearing after five weeks.

On August 17, the government provided the Supreme Court with a list of defamation cases filed by the State through the public prosecutor in the past five years.

The list shows a spectrum of cases filed against the DMK, the DMDK, the Congress, the media and BJP leader Subramanian Swamy.

The 70-page list, in a tabular form, is titled the “list of defamation cases filed by the Government of Tamil Nadu for defamatory speeches made against Honourable Chief Minister from May 16, 2011 to July 28, 2016”.

A broad count of the list shows that a total of 213 criminal defamation cases have been filed by the State. Of this, 85 were registered against the DMK, 48 against the DMDK, 55 against media persons, seven against the Congress and five against Dr. Swamy.

The submission of the list was based on a July 28 order by the court, which was alarmed by the row of criminal defamation cases unleashed on political opponents of  Jayalalithaa through the state machinery.

This was barely 10 days after the court sought a personal explanation from Jayalalithaa about the series of criminal defamation cases being lodged against political opponents.

The Bench was hearing a criminal defamation case filed against DMDK leader Vijayakanth through the local public prosecutor on the government’s sanction against his remarks at a public event in Tirupur district on November 6, 2015.

During an earlier hearing on a similar defamation case against Mr. Vijayakanth for remarks made in Dharmapuri district, Justice Misra had orally observed that a “public prosecutor is not a postman” to settle political scores.