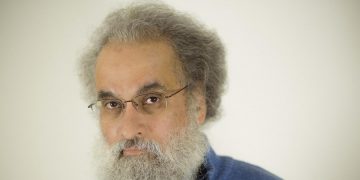 Subrahmanyam’s scholarship focuses on the encounters between Asians, Europeans and indigenous and colonial Americans from 1400 through 1800.

He is currently Professor of History at the University of California in Los Angeles. He is the son of K.Subrahmanyan, India’s first defense analyst, and is the brother of Dr.S.Jaishankar, former Indian Foreign Secretary.

The prize is named after philanthropist Dan David and administered by Israel’s Tel Aviv University, according to AP. The Dan David Foundation awards $1 million (Rs 7.11 crore) prizes for scientific, technological and cultural accomplishments in three time dimensions – past, present and future. The award ceremony will take place in Tel Aviv in May.

Subrahmanyam will share the $1-million prize money with Kenneth Pomeranz, a renowned historian who teaches at the University of Chicago.

Subrahmanyam’s scholarship focuses on the encounters between Asians, Europeans and indigenous and colonial Americans from 1400 through 1800.

“I greatly appreciate the international recognition afforded to my scholarship, which is a great encouragement,” he said. “The Dan David Prize gives me a fresh wind in my sails, to push on with the next set of projects I have in mind: whether on global historiography, Islamic history or the enigmatic figure of Michel de Montaigne.”

Dan David Prize laureates donate 10% of their prize money to postgraduate students in their respective fields, thereby contributing to the community and advancing a new generation of scholars.