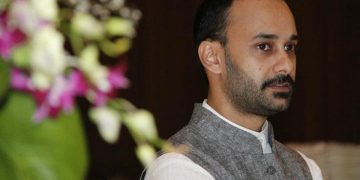 Mumbai, October 1 (NIA): Indian film producer Rahul Aggarwal has resigned from the Indian Motion Picture Producers’ Association (IMPPA) in protest against its decision to ban the use of Pakistani artistes and technicians till relations between India and Pakistan improve.

Rahul who is the son of the IMPPA President T.P.Aggarwal and producer of the 2013 Sunjay Dutt starer  Policegiri, said a letter to the IMPPA that “art is above politics and as the custodians of this art; it is our responsibility to bring people together rather than divide them.”

The two countries need to come together to promote peace and not war as we are “one and alike”, he added.

“Banning one another is not the solution, rather bringing everyone together and showing the world that terrorism cannot divide these two great nations can become a beacon for acceptance and hope, two characteristics that are the complete opposites of the fundamentalists who want us to go to war with one another,” Rahul said.

In the end he noted that since the governing body did not recognize his voice he felt it as a “personal failure” and thus “useless” to the association.

Of late, India and Pakistan have been on a banning spree. As India boycotts Pakistani talent across the border, Pakistani, too, has returned the favour by banning all  Indian films in local cinemas.

Celebrities on both sides of the border, however, are  divided over the issue.