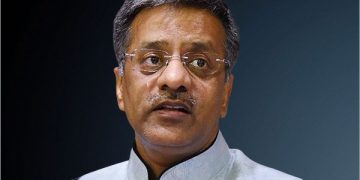 The High Commissioner appreciated ongoing cooperation between the relevant authorities of the two countries on matters related to fishermen. He pointed out that such cooperation had saved precious lives of fishermen of both countries at sea.  The High Commissioner thanked the Government of Sri Lanka for the cooperation in returning the mortal remains of Indian fishermen who lost their lives at sea due to inclement weather earlier this year.  He stressed the need to continue to deal with the matters related to fishermen and their boats in a humanitarian manner, in accordance with the existing understandings.

The High Commissioner highlighted concrete steps taken by both the Government India and the State Government of Tamil Nadu in addressing all dimensions of the issue and specifically underlined Government of India’s ongoing measures to support and encourage Indian fishermen to practise deep sea fishing.

He expressed the hope that the next meeting of the bilateral mechanism on matters pertaining to fishermen could soon be arranged online.

On the proposal for joint management for Palk Bay and Gulf of Mannar by Fisheries Minister Hon. Douglas Devananda, the High Commissioner shared that the forward looking elements in the proposal needed to be examined in greater detail.

The High Commissioner thanked the Government of Sri Lanka for organizing the 4th NSA level Trilateral Meeting on Maritime Security held in Colombo on 28 November 2020. He also expressed appreciation and gratitude for Hon. Dinesh Gunawardena’s visionary inaugural remarks at the meeting. The High Commissioner and the Minister agreed that enhanced cooperation among various countries, particularly Sri Lanka and India, is crucial for addressing challenges like terrorism, radicalization, organized crime, drug trafficking, etc. in our region.  The High Commissioner expressed the confidence that India-Sri Lanka relations will reach new heights in the coming year.

The High Commissioner responded positively to the request for Government of India assistance in arranging repatriation of about 1500 Sri Lankans stranded mostly in South India due to COVID19 pandemic. The two governments will coordinate the matter through diplomatic channels.