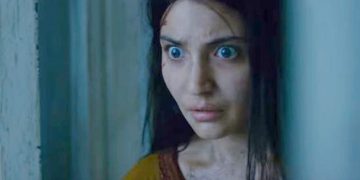 Islamabad, March 2 (Dawn): As ratings of Anushka Sharma’s Pari from across the border pour in,  it doesn’t seem like we Pakistanis are missing much as a result of the ban on the film here. Indian critics have not exactly given the movie glowing reviews.

Though many lauded the film for its cinematography and some jump-in-your-seat scares on screen, most dragged it for a lack of story and for succumbing to the usual clichés of a spooky movie.

We rounded up six reviews from Indian critics. Here’s what they had to say:

“Anushka Sharma’s Rukhsana is an attempt to humanise the idea of the Satan living inside all of us. Her enthusiasm makes it bearable. You’re willing to give her the benefit of doubt, but a messed-up screenplay snatches away her chance to rise and shine.

Though they resort to explaining all the major plot points in the second half, but it’s too late by then. You have already heard a monstrous voice a la Creature 3D, or have seen people’s heads getting twisted like Ram Gopal Varma’s Bhoot.

Apart from one or two scenes meant for the shock value, most of it fails to restore our faith in this story of shape shifting, Voldemort-inspired, time travelling, technology-friendly disturbed souls.

What begins as a captivating mystery around a chained woman slips into a tale of disturbed TV signals and flickering lights.”

“Thunder, lightning, rain, women in black robes with rotten skulls for faces, noises off, creaking doors. What you don’t get, in all this blood-and-gore and groan-and-moan and slash-and-burn, is a film.

By the time we begin piecing the pieces, it’s well past the half-way mark. And then, very rapidly, Pari becomes all exposition and explanation. We start getting answers to why the mysterious Rukhsana ( Sharma) who emerges from a hut by a swamp in a forest (yes, all those things in a row) behaves the way she does, why Arnab (Chatterjee) feels like he owes her something, and why the two of them seem to constantly be swimming through murk, why a man with a damaged eye (Kapoor) shows up with a bunch of his weapon-bearing men.

But the whole enterprise never rises above its silliness. The plot, trying desperately for gravitas by referencing certain yesteryear events in Bangladesh, without really giving us a credible reason, never hangs together, never feels true. Mumbo jumbo about ‘ifrits’ (evil spirits) is bunged in, and a lot of blood is let. By the end of it, a good couple of quarts of the red stuff have been spilled, but instead of scary, it’s all too dreary.”

“When we expect to be duly rewarded for our patience post-interval, we realise that this film isn’t so much about horror as it is about gore. It’s just too much blood and torture, gut-wrenching cries of pregnant women and Satan-invoking chants that make it a difficult film to watch.”

If you go in to Pari looking for a slew of shocks and spine-chilling sequences, there aren’t too many of them. Pari is more about blood, butchery and violence. An interesting premise let down by shoddy writing .Despite all the greatness it was poised for, Pari remains an average affair.”

“Anushka scores with a brilliant performance, essaying the myriad moods and phases of her character with conviction. From her first scene, when she is discovered in chains, the actress is in full form and holds your attention till the end. Subtlety seems to be Parambratha’s forte. The actor who impressed cinegoers with his cop act in Kahaani (2012), effectively portrays the nervousness and anxiety of Arnab when faced with unforeseen circumstances.

Rajat Kapoor plays the rationalist professor on a mission with ease and his prosthetics make him even more sinister. Ritabhari plays her part well as Arnab’s fiancee Piyali.

Given a good horror film also hinges on the novelty factor, besides a strong plot, wonderful actors and convincing execution, Pari does keep you engaged, despite its flaws. While the interactions between Rukhsana and Arnab get a little monotonous, Ketan Sodha’s background score and Anish John’s sound design keeps you on the edge of your seat. Credit also goes to production designer Meenal Agarwal and cinematographer Jishnu Bhattacharjee for adding to the scare quotient, taking it a couple of notches higher.”

“Pari is an uneven film that could have benefitted from the intervention of a more assertive editor. While it is replete with twists, these throw the audience off rather than aid in enhancing clarity. The film does not keep up the pressure all the way through because it meanders into unnecessary spaces en route to its goal. When it does get where it wants to, the pitch soars, the melodrama goes out of hand and the competent acting all around counts for little.

Pari will definitely be remembered for Anushka Sharma’s spirited performance. It isn’t difficult to see why she has put her money on the film. It gives her a role of substance and she does full justice to it. Unfortunately, the film on the whole is eminently forgettable.

One thing the movie isn’t is predictable. But that isn’t good enough. It just isn’t the sort of spine-chiller that the pre-release “screamers” would have us believe. It lacks the narrative consistency that its in-your-face methods needed in order to be truly effective. In the end, the makers of Pari try way too hard. The outcome is an extended blur that leaves you dazed but totally unimpressed.