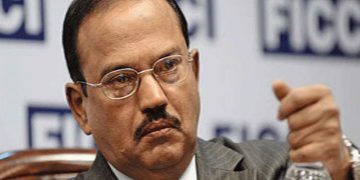 The issues include Beijing’s blocking India’s bid to join the Nuclear Suppliers’ Group (NSG) and India’s bid to secure a UN Security Council listing of the Jaish e Mohammad (JeM) chief, Masood Azhar as a terrorist.

The meeting at the Taj Falaknuma Palace comes two days after Chinese and Indian troops were locked in a stand-off at the icy heights of Ladakh after People’s Liberation Army (PLA) personnel entered an area where an irrigation canal was being built under the MNREGA rural employment scheme and stopped the work.

However, both sides had decided to hold the meeting days before the incident in Demchok sector, located 250 km east of Leh.

There was no official word on the meeting.

Doval and Yang are the designated Special Representatives of the India-China boundary talks. They periodically meet to discuss the whole gamut of Sino-Indian relations.

India has been protesting against the USD 46 billion China-Pakistan Economic Corridor (CPEC) which is being laid through that part of  Kashmir under Pakistan’s “illegal” occupation.

While India is concerned over the Pakistan factor creeping into India-China relations, China is airing its apprehensions over the movement to boycott Chinese goods in India and the visit of US Ambassador to New Delhi, Richard Verma, to Arunachal Pradesh, which it considers as “Southern Tibet”. India’s permission to the Dalai Lama to visit the area is also an irritant as China considers the Tibetan temporal and spiritual leader as a separatist rebel.

China is apprehensive about India’s moving closer to the US and Japan broadening its strategic and defense ties with these countries.