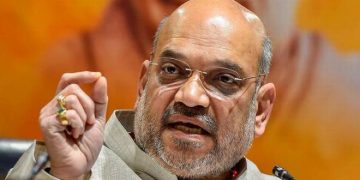 New Delhi, December 24 (Hindustan Times): The Indian Union Cabinet on Tuesday cleared Rs 3,941 crore or a Rs. 39.410 billion funding for the National Population Register (NPR)  a project once propelled by the previous Congress-led United Progressive Alliance that has lately become controversial because it is the first step to create the contentious citizens’ register.

The decision was taken by the Cabinet at its meeting chaired by Prime Minister Narendra Modi to update the National Population Register. It will cost Rs 39.41 billion,  Union Minister Prakash Javadekar announced at a cabinet briefing.

“There is no need of any proof, document and biometric as we believe on people. Whatever you will say would be correct. All states have accepted and notified it. The states have also started their campaign,” Javadekar said while addressing a press briefing.

“NPR will be on self declaration basis and only head count will be done.”

Eleven states have so far declared that they will not implement the National Register of Citizens. But there is no clarity how they will block the citizens’ register which does not need to go to parliament for any more approvals.

The door-to-door survey for the population register coincides with the house-listing phase of Census 2021 and will be carried out between April and September 2020 in all states.

When census enumerators go from house to house to list all houses in the country, they will carry a second form for the NPR with them like they did in 2011.

Once they fill the house listing form – which canvasses details about the house and the assets of the people staying in the place – they will be required to get people to respond to a set of between 14-20 questions.

It is mandatory under the law for people to respond to the population register questionnaire.

Disspelling apprehensions about the upcoming exercise to update the National Population Register (NPR), home minister Amit Shah said categorically on Tuesday that data collected for NPR would not be used for the controversial National Register of Citizens (NRC).

There is no link between the NPR and the proposed NCR, said Shah, who has often batted for a pan-India NRC. He also denied the construction of any detention centres to house people suspected to be illegal immigrants and echoed Prime Minister Narendra Modi’s remarks at Sunday’s Delhi rally that the NCR hadn’t even been discussed in the government.

“The PM is right. There is no discussion in the government on the issue,” Shah said.

Shah also tried to clarify that the Citizenship (Amendment) Act, or CAA, which has triggered protests in parts of India, will not lead to any Indian’s citizenship being snatched away. He said “the act is only meant to give citizenship” and told Muslims not to be afraid of the NPR exercise.

The CAA is aimed at fast-tracking the grant of Indian citizenship to members of religious minorities from the Muslim-majority countries of Afghanistan, Bangladesh and Pakistan. The NPR is a list of “usual residents” of the country, defined as people who have resided in a local area for the past six months or more or people who intend to reside in that area for the next six months or more.

The NRC is aimed at identifying illegal immigrants, and there has been some concern that the NPR would be a stepping stone to the NRC.

Minutes after the Union cabinet cleared a proposal to update the NPR, Shah, in an interview to ANI, said the NPR and NRC were unrelated. “The process involved in the NPR can never be used for NCR as the two processes are very different,” he said, adding that the registration in NPR would be done without any documentary proof.

Shah linked the NPR, an exercise first carried out in 2010 by the United Progressive Alliance (UPA) government, to social welfare schemes for the poor.

He also said that people would not be required to give all the information sought in the exercise and some questions asked during the registration process can be left unanswered. “Questions will be asked on the size of the house and number of pet animals. But if this survey (NPR) had not been done, we could not have given free cooking gas to rural women (in the Ujjwala scheme),” he said.

“If they (UPA) do, it’s fine but if we do then there is a problem. Why so? I will also appeal to Kerala and West Bengal chief ministers that don’t take such steps ,” he said, referring to the two states’ announcements that they would stall the updating of the NPR.

Asked if the NPR would entail finding out how long a person had lived in a particular area, Shah cited the example of how in Gujarat, many people from Bihar, Uttar Pradesh or Odisha live and work.

“If we don’t know how many people from Odisha or Bihar live in an area, how do we decide how many Odiya medium schools or Hindi medium schools should be opened in Gujarat, where most of the schools offer education in Gujarati,”’ he asked.

Shah explained why the cabinet needed to approve the plan to update NPR at this time, when anti-CAA protests are still simmering in parts of the country. He said that by April 2020, the government has to map all houses, train people and open offices for NPR.

The government is 15-20 days late in starting the NPR process, which will be updated simultaneously with the 2011 Census, Shah said.

He also rebutted allegations that the government is building detention centres. He said facilities existed to hold people who come to the country without a visa or enter places that are out of bounds.

“We can’t keep such foreigners in jails. We keep them in detention centres and contact their embassies. This is been done for a long time. In the US too, there are detention centres,” he said, adding that no one had been housed in such centres in Assam.

The home minister lashed out at the Congress and other rival parties and said their opposition to the CAA and encouragement of protests were actually hurting the poor.

While he admitted that there may have been some lapses in communication between the government and the people, he said protestors were “provoked by political parties.”

Now slowly, people have understood the provisions of the CAA, he said.

“We saw political protests in states, which had nothing to do with CAA. Now as people have started to understand CAA, they want to prop up another issue,” he said, referring to the NPR.