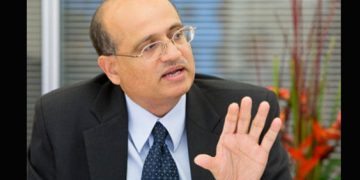 New Delhi, February 26 (NDTV): A “very large number of Jaish-e-Mohammed terrorists” were killed in the pre-dawn air strikes by the Indian Air Force across the Line of Control on Tuesday, the government said today, two weeks after 40 soldiers were killed in a terror attack in Jammu and Kashmir’s Pulwama.

Foreign Secretary Vijay Gokhale said it was a “non-military, pre-emptive strike” specifically targeted at the Jaish-e-Mohammed camp and the “selection of the target was also conditioned by our desire to avoid civilian casualties.”

Twelve Mirage 2000 jets dropped 1,000 kg bombs on the terror training camp of the Jaish-e-Mohammad, which had claimed responsibility for the Pulwama terror attack. Mr Gokhale said Jaish had been active in Pakistan for the last two decades, led by Masood Azhar with its headquarters in Bahawalpur.

“In an intelligence-led operation in the early hours of today, India struck the biggest training camp of JeM in Balakot. In this operation, a very large number of JeM terrorists, trainers, senior commanders and groups of jihadis who were being trained for fidayeen attacks were eliminated. This facility at Balakot was headed by Maulana Yousouf Azhar, also known as Ustad Ghouri, the brother-in-law of JeM chief Masood Azhar.”

“Credible intelligence was received that JeM was attempting another suicide terror attack in various parts of the country, and the fidayeen jihadis were being trained for this purpose.  In the face of imminent danger, a pre-emptive strike became absolutely necessary,” said Mr Gokhale.

The foreign secretary also said Pakistan must live up to its commitment to dismantle terror camps and act on terrorists operating from its soil.

“The Government of Pakistan had made a solemn commitment in January 2004 not to allow its soil or territory under its control to be used for terrorism against India. We expect that Pakistan lives up to its public commitment and takes follow up actions to dismantle all JeM and other camps and hold the terrorists accountable for the actions,” he said.