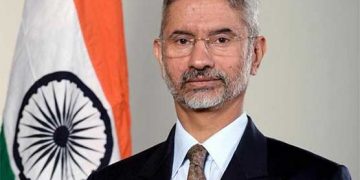 “Pakistan has no locus standi in addressing any aspect of the situation in Jammu and Kashmir, which is an internal matter of India,” Jaishankar said in his reply to Chaudhry.

The response was handed over to Pakistan by Indian High Commissioner Gautam Bambawale on Wednesday.

“Since aspects related to cross-border terrorism are central to the current situation in J&K, we have proposed that discussions between the foreign secretaries be focused on them,” stated an Indian government source according to Indian media. The Ministry of Foreign Affairs is reviewing India‘s response.

Pakistan on Monday invited India for talks on Kashmir, saying it is the “international obligation” of both the countries to resolve the issue, notwithstanding India’s insistence that it would talk on “contemporary and relevant” issues in Indo-Pak relations.

“The letter highlights the international obligation of both the countries, India and Pakistan, to resolve the Jammu and Kashmir dispute, in accordance with the U.N. Security Council resolutions,” the statement said.

The invitation was extended amid tension in bilateral ties due to the war of words between the two nations over the issue. Indian Occupied Kashmir has been under curfew since protests erupted over the death last month of a popular young freedom fighter, Burhan Wani, in a gunfight with Indian security forces.

Meanwhile, in Washington on Tuesday  the US State Department spokesman, Mark Toner reiterated a call  to  Pakistan and India to have greater collaboration in fighting terrorism, saying it was good both for the region as well as for Washington.

Asked to comment on Pakistan’s offer for “conflict talks”, the spokesman  said that it is important for the two countries to have greater collaboration and dialogue “and we would encourage any effort in that regard”.

More than 70 civilians have been killed in clashes between protesters and security forces, and thousands more injured in the worst violence to hit the Himalayan region since 2010.