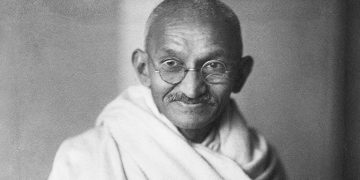 United Nations, October 2 (NIA): India, the world’s third largest emitter of greenhouse gases, on Sunday ratified the landmark Paris Agreement on Climate Change, giving a significant push to the deal to come  into force by the end of this year.

Equally significantly, the ratification was handed over to the UN on Gandhi Jayanti Day or Gandhi’ birth anniversary, as Mahatma Gandhi was an ardent environmentalist and a forceful opponent of the rape of the earth for profits.

The Permanent Representative to the UN Ambassador Syed Akbaruddin handed over the Instrument of Ratification signed by President Pranab Mukherjee, to Santiago Villalpando, the Head of the Treaties Division at the UN, at a special ceremony at the UN HQ attended by top UN officials and senior diplomats to commemorate Mahatma Gandhi’s birth anniversary.

Akbaruddin had on Friday said that India had played a “key role” in the negotiations and finalisation of the Paris agreement as Prime Minister Narendra Modi has a “personal commitment” to the climate deal.

In his message for the International Day of Non-violence, marked every year on Gandhi’s birth anniversary, Ban said there is no better way to commemorate Gandhi and his legacy for people and the planet than with India submitting its instrument of ratification to the Paris Agreement on Climate Change.

“I warmly congratulate India for its climate leadership, and for building on the strong momentum we see from all corners of the globe for the agreement to enter into force as quickly as possible this year. India’s ratification of the agreement moves the world an important step closer toward achieving that goal,” Ban said in the message.

He called on all countries to complete their domestic processes for ratification and also strive in all activities to achieve progress through non-violence.

The UN chief said the commitment to sustainable living that Gandhi emphasised on is reflected in a “momentous way” as India is depositing its instrument of ratification to the Paris Agreement on Climate Change.