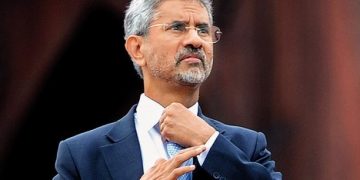 New Delhi, June 19 (newsin.asia): Tensions along the Sino-Indian border in Ladakh continue to simmer as Major General-level talks carry on. The first round of talks on Wednesday had proven inconclusive.

China, meanwhile, claimed that the situation along border is stable and under control. A day after the violent face-off in Ladakh, which claimed lives of 20 Indian Army soldiers, the Indian government called China’s claims over Galwan exaggerated and untenable.

On Wednesday, India delivered a strong message to China that the “unprecedented” incident in the Galwan Valley will have a “serious impact” on the bilateral relationship and held the “pre-meditated” action by Chinese army directly responsible for the violence that left 20 Indian Army personnel dead.

Prime Minister Narendra  Modi said India will not compromise with its integrity and will firmly defend its self-respect and every inch of land.

Meanwhile the spokesman of the Indian External Affairs Ministry said that no Indian soldier is missing in Galwan.

but is capable of giving a befitting reply if instigated. External Affairs Minister S Jaishankar, meanwhile, in a telephonic conversation with his Chinese counterpart Wang Yi said the “unprecedented” development will have a “serious impact” on the bilateral ties, holding the Chinese army responsible for the violence by taking “premeditated” action.

(The picture at the top shows Indian Foreign Minister S.Jaishankar)