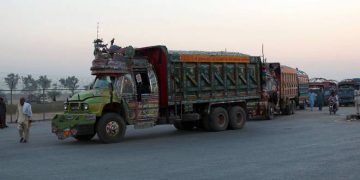 Beijing, February 22: India and Pakistan need to avoid engaging in a trade war that will deal a blow to their own economies as well as that of China.

Tensions between India and Pakistan skyrocketed after Pakistan was reported to be considering a ban on the imports of some Indian products, as a protest against India’s earlier move to withdraw most favored nation status given to Pakistan.

The suicide attack by a Pakistan-based terrorist outfit cannot be a reason for New Delhi to punish ordinary Pakistani people with economic measures. A possible decision to escalate tensions by carrying out countermeasures against India is also inadvisable.

What can comfort the dead is cross-border cooperation in countering terrorism. A trade war can do nothing but complicate the situation.

The Indian and Pakistan economies will soon feel the pain of a trade war if the two countries further escalate economic tensions. Pakistan mainly imports cotton, chemicals and iron from India – materials that are vital for industry – while India imports fruit, cement and leather from Pakistan. Although their total trade is small, bilateral economic ties are more significant than some people realize.

With a strategic location along a key international trade route, India and Pakistan have some inherent advantages to make themselves a regional logistics hub. But if the two countries isolated themselves from one another, their strategic significance to economies in the region, China included, will be reduced.

Current economic interaction between India and Pakistan is a hard-own achievement that should not be interrupted by a terror strike. Terrorists would be pleased to see that a trade war adds to the instability factors affecting South Asia. Should New Delhi and Islamabad fall into the trap of terrorists? The answer is no.

China is an onlooker of the ongoing India-Pakistan conflict, and it regrets the two countries’ economic losses, which could have been avoided. However, China is not just an onlooker but a participant in the South Asian economy. As an important economic partner of both India and Pakistan, China is willing to make efforts to promote India-Pakistan economic cooperation.

Like China, the primary strategy of both India and Pakistan is to promote economic and social development. Economic cooperation among the three countries still has great potential to generate growth, which will eventually help crack down on terrorism.

Over 250 trucks held up at India-Pakistan border at Attari

The traders told news agency ANI that Indian importers and manufacturers have canceled all the orders to neighboring Pakistan and are demanding the return of advance payments.

“After February 14, all the trading with Pakistan was stopped. Currently, 200-250 trucks without goods are parked near the border after the government imposed 200 percent Regulatory Duty (RD) on non-essential Indian imports,” said Sukhbir Singh, a trader from Amritsar.

“This move of the government of introducing higher Regulatory Duty is making difficult for traders to pay their monthly installments of tires and trucks. The Centre must re-think its decision. This move has also affected the food outlets situated near the border areas,” said Sharan Singh, a trader from Amritsar said.

The ‘Most Favoured Nation’ status to Pakistan was given by India in 1996. The status is given to an international trade partner to ensure non-discriminatory trade between all partner countries of the World Trade Organisation.

A country which provides ‘Most Favoured Nation’ status to another country has to provide concessions, privileges, and immunity in trade agreements. It is the first clause in the General Agreement on Tariffs and Trade (GATT).

Another trader Rajdeep Upel said that trading activity with Pakistan should not only be closed from Punjab orders but also from Jammu and Kashmir. “All trade organisations support the government’s decision. We are surprised to know that land trade routes in Kashmir are still open, making the ban ineffective,” he said.