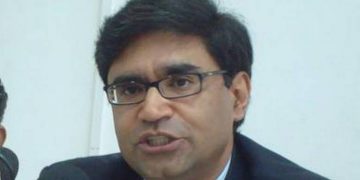 The Indian government is calling on China to fulfil those orders, amid concerns over tightened regulations on exporting such equipment by Chinese authorities following criticism from several European countries over the quality of exports.

“We are in the process of, or have already completed, contracting for 15 million PPE kits, consisting of gowns, masks, gloves, goggles, etc. and nearly 1.5 million rapid testing kits of all kinds, some of which have already been delivered,” India’s Ambassador to China Vikram Misri said at an online press briefing from Beijing on Tuesday.

A substantial amount of India’s national PPE supply is coming from China. These orders, both from government and private sector, were placed on a commercial basis. China had separately donated 170,000 PPE coveralls, the Health Ministry said on April 6, which would add to the 387,473 PPEs available in the country as of that date.

More than 500,000 testing kits from China have already been delivered to various entities, while a further 1 to 1.5 million test kits are at different stages of procurement and production.

India has since tried to ramp up production and supply from imports, including from China, which is a major producer of both PPEs and testing kits.

Mr. Misri called on China to ensure that supply chains remained open and for all placed orders to be fulfilled. While India “appreciate[d] efforts by China to ensure the quality of goods exported”, it also called on Beijing to fulfil previously placed orders with companies that were licensed by Indian authorities to export to the Indian market. China imposed new regulations to tighten checks on April 10, following concerns over quality of exports expressed in several countries.

“In some cases, some of the orders placed recently were placed before regulations came into effect that limited and restricted the number of companies from China that can export to India,” Mr. Misri said. “ Given that the products are licensed for import to India, it will be a welcome step for Chinese authorities to expedite the registration of these products. Our expectation is that these well-established companies will fulfil their contractual obligations.”

Mr. Misri said there were “more than half a dozen” orders in different stages of processing, and India’s current understanding was delivery schedules remained on course.

“We have a schedule that stretches from deliveries starting tomorrow [April 15] until the end of the month, when half a dozen consignments ordered by different entities in India will be delivered,” he said. “Our understanding is the registration process has been initiated and we have requested the Chinese government to expedite the registration process of companies so that export orders already processed and ready to ship can be sent on their way to India. We hope this request can be facilitated by the Chinese government.”

There have also been concerns over some orders being diverted. The Tamil Nadu government said this week that 50,000 testing kits it had ordered from China were diverted to the U.S.

“We have seen media reports but not come across authoritative reports of supplies intended for India having been diverted,” Mr. Misri said.

Mr. Misri said maintaining open supply-chains and agreed timelines of orders would be “the best possible signal to send” about the state of the India-China relationship.

He cited the example of Active Pharmaceutical Ingredients (APIs), which India imports in large quantities from China, and some Chinese companies also source from India.

The Indian Ambassador said there was “considerable space for India and China to cooperate” in dealing with COVID-19, from both the short-term and long-term perspective.

“The immediate aspect is for us to cooperate in procurement of much needed medical equipment and products in India as our healthcare community on the frontlines of this challenge battles this outbreak. When China was at the height of dealing with this outbreak, we had offered and provided medical assistance. Now we are in the process of commercially procuring a large number of these supplies. China happens to be one of the largest producers of a number of these products.”

“We are identifying bonafide suppliers and entering into agreements,” he said. “What is important is quality material continues to be available at reasonable and stable prices, and we are able to establish or re-establish freight and cargo lines disrupted by the initial impact of the crisis.”

There was also scope for working together when it came to research on COVID-19, Mr. Misri said, noting that various Indian agencies had already taken part in video conferencing calls with the Chinese government in sharing experiences in tackling the pandemic.

India and China are marking the 70th anniversary of the establishment of diplomatic relations in 2020 and had planned 70 events to be held.

“We might not be able to undertake every activity,” Mr. Misri said, “but it remains our intention to do as much as is possible in the time that is available and in as befitting a manner as possible.”

(The featured image at the top is that of Vikram Misri, Indian envoy in China)