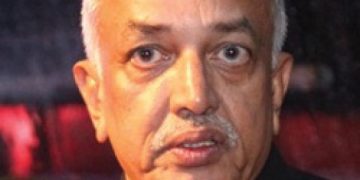 India and China to Get Special Economic Zones in Sri Lanka

India and China to Get Special Economic Zones in Sri Lanka Colombo, July 26: India and China will be allotted Special Economic Zones in Sri Lanka for them to set up industries, the Minister International Trade and Strategic Development, Malik Samarawickrama told newspersons here on Tuesday.

“Indians will be setting up pharmaceutical and auto parts industries in their zone. The Chinese have asked for 55 sq km (15, 000 acres) of land in the Hambantota area in the Southern Province for their zone, and we are in the process of acquiring the land. When developed, this area will generate one million jobs,” The New Indian Express quoted Samarawickrama as saying.

The location for the Indian SEZ is yet to be finalized.

An Indian delegation will be in the island next week to begin talks on a framework for the Economic and Technical Cooperation Agreement (ETCA). The week after that, a Chinese delegation is expected for talks on a Free Trade Agreement (FTA). The Sino-Sri Lanka FTA is likely to be signed in 2017. An FTA with Singapore is also on the cards.

Minister Samarawickrama further said that one of the main goals to be attained through foreign investments is the acquisition of new technologies and skills.

Samarawickrama made it very clear that the proposed ETCA with India will not lead to the invasion of professionals from India resulting in Sri Lankans losing their jobs.

“ The government will  not allow the entry of foreign professionals except in special cases, as it is now under the Board of Investment rules,” he stressed.

“Those who say that under ETCA even barbers will come from India are politically bankrupt people,” he remarked.

Samarawickrama said that for first time in the history of Sri Lanka, the government is consulting all chambers of commerce and professional bodies on these trade and investment pacts. it has even told them that one of them could be included in the country’s negotiating team ,he added.

Government is also in the process of formulating a National Policy on Trade Agreements, in consultation with the chambers of commerce and professional bodies including the vociferous Government Medical Officers’ Association (GMOA).The national policy is likely to be presented to parliament by the end of August.

“I have asked parliament to set up a working group of MPs to advice on the national policy. But till date, there has been no response,” Samarawickrama added.

Asked why government is going for a new agreement (ETCA) with India, when the India-Sri Lanka Free Trade Agreement (SLFTA) has many issues to be sorted like the Non Tariff Barriers (NTBs) in India, the Minister said that in the forthcoming talks with India “priority” will be given to sorting  out issues relating to NTBs.

“We will also ask for the total abolition of the quota for garments and the enhancement of the quota for tea. India allows only 8 million pieces of apparel per year. This is too small. Among other issues to be addressed are testing procedures and non-recognition of Sri Lankan standards,” the Minster said.

Faizer Mustapha, the Minister of Local government and a confidante of President Maithripala Sirisena, said that the President had asked him to tell the media his government will not sign any agreement which goes against Sri Lanka’s security and national interests.

But Musthapha defended  the coalition government’s policy of going in for trade and investment pacts with various countries as these are necessary for growth.

“All countries are friendly to Sri Lanka now. That gives us a good platform to negotiate good deals. Foreign investments hinge on political relations,” Mustapha said.

He denied that there are political differences in the coalition on trade agreements.

“Belonging to different parties, we do have our differences, but we set them aside to evolve national policies,” Musthapha said.