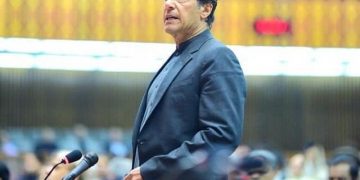 Imran Khan says he is not worthy of getting the Nobel Peace Prize.

Imran Khan says he is not worthy of getting the Nobel Peace Prize. PM Imran tweeted “the person worthy of this [Nobel Peace Prize] would be the one who solves the Kashmir dispute according to the wishes of the Kashmiri people and paves the way for peace & human development in the subcontinent”.

More than 300,000 people signed online petitions calling for Pakistan Prime Minister Imran Khan to receive a Nobel Peace Prize after he freed an Indian pilot in a bid to defuse tensions with his country’s eastern neighbour.

The hashtag #NobelPeaceForImranKhan began trending on Twitter on Thursday after Imran unexpectedly announced that the captured pilot would be released as a “peace gesture”.

Abhinandan, whose MiG-21 Bison was shot down by Pakistan, returned to India late Friday.

Two similarly-worded campaigns on the change.org platform launched by users in the UK and Pakistan called for Imran Khan to be nominated for next year’s prize “for his peace efforts and dialogues in the Asian region on diverse conflicts”.

A resolution requesting a Nobel Peace Prize for the premier was also moved in the National Assembly Secretariat, notification released by the Ministry of Information stated.

The resolution has been moved by Information Minister Fawad Chaudhry. It argued that the prime minister “played a sagacious role in de-escalating tensions between Pakistan and India”.