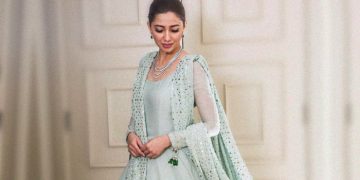 Everything a woman does is linked to Pakistan’s honor.

Everything a man does, however, is for his pleasure and according to his will but God forbid it be linked to the country’s honor.

As if trying to prove that it continues on a rotten downtrend, Pakistan has shown, once again, that it does not learn from its past errors and keeps stepping backwards.

A video emerged yesterday that ‘caught’ the Pakistani heartthrob smoking backstage at the Lux Style Awards. Although the event took place on February 20, 2018, the video was revealed on March 28, 2018.

Almost 15.6 million Pakistanis smoke tobacco — almost 7.77% of Pakistan’s population. Over 80 per cent of that figure are men.

But it is only when Mahira Khan takes a puff of cigarette that health concerns are raised and the patriarchal ego is threatened. How convenient!

Honestly speaking, I do not understand the Pakistani men’s perverse fascination with and public anathematisation of women’s smoking habits. As okay as it is for males to smoke cigarettes in public or otherwise, so should it be for the females too.

In September last year, a similar incident had occurred when Mahira was snapped in New York enjoying a cigarette with Bollywood star Ranbir Kapoor. At that time as well, it was Pakistan’s collective honour that was dented.

The holier-than-thou argue, when asked what their problem is with Mahira smoking, that the habit is injurious to health. But the concern for women’s well-being only applies when they smoke. What about all the other times that underage girls are abused, divorced ladies are shunned, females are sexually harassed, women are subjected to domestic violence, women are ogled at in the streets, catcalled, groped? I can go on and on.

These people — who, very likely, smoke themselves — also claim that a woman smoking in public will ruin the country’s image around the world.

Really? And what about the hundreds of thousands of crimes, honour killings, rapes, cases of corruption, theft and petty crimes, and so many other wrongdoings that make headlines and damage Pakistan’s reputation?

On social media, some thinkit is funny to make light of a feminist poster, while others portray Mahira as a hypocritical inspiration and warn her that “smoking kills”. Yet others believe the actress should publicly smoke tobacco “and then weed”, a statement eerily similar to how when women campaign for freedom of clothes, men lose their minds and stress that it would mean women would soon start appearing scantily clad.

The funny thing, nonetheless, is that it is not just men who are cursing Mahira but women too, with one even comparing strong relationships to “Mahira Khan and cigarettes”.

A social media user was flabergasted that Mahira, who claims to represent Pakistan, smokes. “Aesi han hmare tmhare mulk ki auraten jinko yeh reflect karti ha? Khule aam cigarette piti han? (Are the women of our country like what she (Mahira) represents? Do they smoke openly too?”

The tweet that perhaps generated the most shock and was subsequently deleted went as such:

Just FYI, Mahira is not a three-time divorcee.

It is commonplace to see older ‘uncles and aunties’, protective (and somewhat possessive) guardians of the izzat, reprimanding women smoking in public. Their rationale is: “Everyone is looking at you. Do you even realise what they are going to think about your family, your father, your respect?”

These elders, who are the biggest proponents and bearers of patriarchy, claim they “watch out” for these fahash (indecent) girls and attempt to bring them back to the right path. The male elders, however, further add that they are aware of how the onlookers’ minds are ‘indecent’ and ‘dirty’ — and why wouldn’t they be? They used to do the same in their youth.

None of these misogynistic, so-called upholders of honour realise the difference between a celebrity’s public persona and personal life nor do they seem to understand that icons are human too — many maintain stars are “public property”.

Add to that those who help the fragile masculinity rear its head by recording private moments from celebrities’ lives and put them out for the public to shame. What they accomplish by such cheap acts is beyond me.

And then the media, which, somehow, ends up repeating the extremely biased, chastising headlines, as can be seen in the image below: