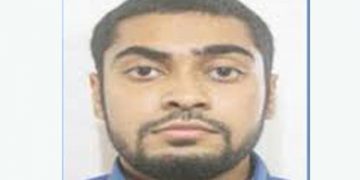 Dhaka, July 29 (NIA): Bangladeshi Islamic militants who have indulged in gruesome   murders and massacres, are a mixed bag socially, economically and educationally. Some are highly educated with foreign passports while others have a humble lower middle class background and a Madrasa education.

Akifuzzaman Khan, one of the nine militants killed in the storming of a militant hideout here in the wee hours of Tuesday, was a grandson of East Pakistan Governor Abdul Monem Khan, Dhaka Tribune reported on Friday.

Abdul Monem Khan was Governor between 1962 and 1969. After breaking away from Pakistan in 1971, East Pakistan became Bangladesh.

Akifuzzaman, along with eight other militants, was killed during a one-hour shootout with Special Weapons and Tactics (SWAT) unit of the Detective Branch (DB) of Dhaka Metropolitan Police (DMP) at an apartment in a six-storey building in Kallyanpur.

Talking to reporters at the DMP Media Centre on Thursday, Additional Commissioner and head of the Counter-Terrorism and Transnational Crimes (CTTC) unit, Monirul Islam, said that Akifuzzaman had trained the five militants who were killed during the commando operation at the Holey Artisan Bakery in Gulshan on July 1. He was a student of North South University, an elite private university in Dhaka.

Of the militants killed in Kallyanpur, Shazad Rouf Arko, used to work in an arms trading company that reportedly supplies defense equipment to the Bangladesh army and police.

An  US citizen, Arko was a director at New Victor Limited (NVL) – which was founded by his grandfather, Brig Gen (Retd) Abdur Rouf, in 1977. His father is its Managing Director.

According to its public profile in LinkedIn, NVL is the oldest company in this sector.  “We supply military defense equipments from abroad (China, England, Italy, USA, Canada, Korea, S Africa) to Police, Army, RAB, Navy, BOF headquarters by following the tender requirements issued by Bangladesh Government,” the profile says.

Arko studied at the American International School of Dhaka, the school where Gulshan attack victims, Faraaz Ayaz Hossain and Tarishi Jain, studied. He got a BBA degree from North South University with a major in marketing, according to his LinkedIn page.

Arko  described himself as being active in cricket, tennis and football. He took part in  talent shows when he was in school. He was also part of a choir and gave guitar performances in the US while being a member of the Muslim Student Association there.

Arko was a close friend of Nibras Islam, one of the Gulshan attackers. He and Nibras both went missing around the same time. Both were mentioned in a case filed at the Shahbagh police station under the Anti-Terrorism Act.

Tamim held meetings with the Kallyanpur militants to inspire them and provide financial support for their terrorist activities, according to the statement filed by the Mirpur Model police station Inspector (Operations) Shajalal Alam in connection with the  police raid of a militant hideout in Kallyanpur.

Nine militants were killed when police carried out the drive in Dhaka’s Kallyanpur area early Tuesday.

Sources close to the ongoing investigation told Dhaka Tribune that Tamim has been working as a link between foreign and domestic militant groups. Since leaving Canada in 2013, he has been hiding in Bangladesh, sources told Dhaka Tribune.

Police’s counter-terrorism chief Monirul Islam described Tamim as the leader of a new faction of Jama’atul Mujahideen Bangladesh (JMB). The police believe that he is still in Bangladesh and efforts are on to detain him. According to investigators, JMB now has two factions: one led by JMB’s jailed spiritual leader, Mawlana Saidur Rahman, and the other led by Tamim.

According to the police ,the sole surviving suspect, Rakibul Hasan alias Raihan, has told interrogators that the group received funding, arms and explosives from the JMB.

One of the nine JMB members killed in the raid at Kallyanpur, Raihan Kabir, had trained the youths who attacked a Gulshan restaurant on July 1. Raihan alias Tareq of Pirgachha Upazila in Rangpur, had been missing for a year.

He was the JMB Commander of the Dhaka area and was an accused in the case relating to the murder of police constable Mukul Hossain at Ashulia,   DMP’s Counter-Terrorism and Transnational Crimes (CTTC) unit chief Monirul Islam said.

Raihan’s family confirmed that he had been involved with Jamaat-Shibir. He came to Dhaka a year ago telling his family that he had got a job in a garment factory. He was in touch with the family before being killed in the operation and sent them money occasionally.

His mother Rahela Begum and other members of the family members told Dhaka Tribune that they had no idea about Raihan’s involvement with any militant group. They learnt about Raihan from the news after the raid. His father Shahjahan Kabir has been hiding since then.

Locals say Raihan’s cousin Mehedi Hassan was a leader of the Jama’atul Mujahideen Bangladesh (JMB). He has been for the last six years. Tangail Para, his village, is locally known as a JMB den.

Earlier, police arrested the regional JMB commander, Masud Rana, and his associate Ishaq – both from Tangail Para. Raihan was in good terms with them, locals said.

Raihan and Masud Rana have already made confessional statements in three cases involving the murders of Japanese farmer Hoshi Kunio and shrine caretaker Rahmat Ali, and the attempted murder of Bahai Centre Director Ruhul Amin in Rangpur. IS claimed credit for these attacks too.

Abdullah was the “spiritual leader’ of the nine-member gang, police said. Abdullah had passed Dawra from a Qawmi madrasa and later completed Aleem examination from an Aliyah Madrasa. He used to motivate the other members of the gang to recite the Qur’an and the Hadiths

Even though all the militants had been found wearing black uniforms and had flags of the Islamic State group inside the flat, the police labeled them as members of Jama’atul Mujahideen Bangladesh (JMB) and claimed that the JMB had been behind the series of targeted killings.

After at least five youths stormed the Holey Artisan Bakery in Gulshan diplomatic zone on July 1 and killed over two dozen guests, ISIS published pictures of the five and later some pictures the dead.  All the attackers were wearing black Punjabis (Kurtas) and posed with the same AK 22 rifle before the same IS flag.

Three others – Abdullah, Abdul Hakim and Md Motier Rahman – were students of different Madrasas. Raihan alias Tareq had also studied in a Madrasa.