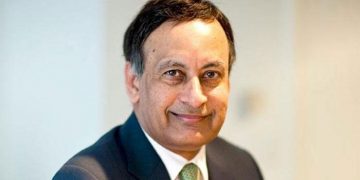 Former Pak envoy to US, Husain Haqqani misappropriated US$ 8 million

Former Pak envoy to US, Husain Haqqani misappropriated US$ 8 million Islamabad, January 6 (Geo): The Federal Investigation Agency (FIA), in its report submitted with the Supreme Court in Husain Haqqani extradition case, on Saturday stated that the former ambassador $8 million in secret service funds during his tenure.

The FIA stated that important meetings were held in the Ministry of Foreign Affairs with regard to Haqqani’s extradition, including a meeting on December 19 on additional secretary-level.

A detailed discussion was held at the meeting with regard to legal aspects of Haqqani’s extradition, the agency informed.

The report said the FIA had handed over extradition documents comprising 355 pages to the Ministry of Interior. The documents had been forwarded to the Foreign Ministry on December 12.

The FIA said that Haqqani served as Pakistan’s ambassador to the United States from May 2008 to November 2011, during which he misused his powers.

The agency further said that a case was lodged against the former diplomat in March 2018 over misuse of funds. It said a challan against Haqqani had also been presented in the court of Special Judge Central, Islamabad.

Furthermore, a request had been filed for cancellation of Haqqani’s travel documents, the agency informed the court.

In February 2018, the Supreme Court had constituted a three-member bench to resume hearing of the controversial Memogate case, and issued a notice to Hussain Haqqani the same day. Later that month, the apex court issued arrest warrants for the former ambassador.

In an attempt to get Haqqani to appear in the court, the Federal Investigation Agency was reported to have approached Interpol to issue red warrants for him.

The Memogate scandal erupted in 2011, when Pakistani-American businessman Mansoor Ijaz claimed to have received an ‘anti-army’ memo from Haqqani, the then-Pakistan envoy in Washington DC, for then-US chairman of the joint chiefs of staff Admiral Mike Mullen.

The memo sent by Haqqani allegedly mentioned a possible army coup in Pakistan following the US raid in Abbottabad to kill Osama bin Laden.

It also allegedly sought assistance from the US for the then-Pakistan Peoples Party government for ‘reigning in the military and intelligence agencies’.

In 2012, a judicial commission was tasked to probe the case, and it concluded that the memo was authentic and authored by the former envoy.

The commission said the purpose of the memo was to convince American officials that Pakistan’s civilian government was ‘pro-US’.

The scandal, taken to the Supreme Court by then-opposition leader Nawaz Sharif and several others, led to Haqqani’s resignation and subsequent exit from the country.

(The featured picture at the top shows Husain Haqqani, former Pakistan Ambassador in the US at the time Osama bin Laden was killed by US Navy Seals near Islamabad)