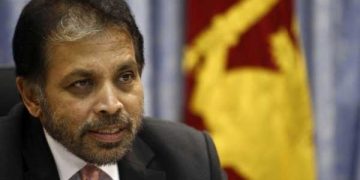 Dr.Kohona ,who was Sri Lanka’s Foreign Secretary during Eelam War IV, objected to the CTEC on two grounds: Firstly, the CTEC cannot be a priority for the economic development of Sri Lanka because Trincomalee is yet to be developed as a port. A Colombo-Jaffna corridor, on the other hand, would make more sense, he argued.

Secondly, the CTEC would lead to a change in Sri Lanka’s land laws to the detriment of the peasant who is holding a government permit to cultivate a piece of land. The new laws could allow the permit holder to alienate his land to a private party, something which he is not allowed to do now. And the private party buying the land could be a foreign entity.

In Sri Lanka, 80% of the land is State Land, parts of which are parcelled out to peasants to cultivate on the basis of a time-bound but renewable permit. The permit holder can alienate the “permit land” only to the State and not to any private party. This is to ensure that peasants have land and landlessness, which is a cause of poverty, is avoided.

“It is the right to hold land, along with free education and free medicare which has enabled Sri Lanka to prevent abject poverty. This will be gone if land is made alienable,” Dr. Kohona warned.

According to National Freedom Front (NFF) leader, Wimal Weerawansa, the CTEC envisages the acquisition of 1.2 million acres of land along a 200 km corridor.

Weerawansa alleged that the grant of US$ 480 million from the US Millennium Challenge Corporation (MCC) is contingent on an agreement to implement the CTEC.

According to the MCC website, the Board of Directors of the Millennium Challenge Corporation ha approved a five-year, U$ 480 million Compact with the Government of Sri Lanka aimed at reducing poverty through economic growth.

“The Compact seeks to assist the Sri Lanka Government in addressing two of the country’s binding constraints to economic growth: (1) inadequate transport logistics infrastructure and planning; and (2) lack of access to land for agriculture, the services sector, and industrial investors.”

“The compact will be composed of two projects: a Transport Project and a Land Project. The Transport Project aims to increase the relative efficiency and capacity of the road network and bus system in the Colombo Metropolitan Region and to reduce the cost of transporting passengers and goods between the central region of the country and ports and markets in the rest of the country. The goal of the Land Project is to increase the availability of information on private land and underutilized state lands or all land in Sri Lanka to which the Government is lawfully entitled or which may be disposed of by the Government (“State Lands”) in order to increase land market activity.”

“The Land Project would increase tenure security and tradability of land for smallholders, women, and firms through policy and legal reforms.”

While the Sri Lankan government has accepted the MCC US$ 480 million Compact , it requires Congressional approval in the US and cabinet approval in Sri Lanka.

According to Dr.Kohona, there is no guarantee that the US will actually give US$ 480 million under the MCC fund, as it comes with strings attached. He recalled that in 2006-2007, the US promised US$ 500 million, but not a cent was given.

Regarding the two controversial Access and Cross Service Agreements (ACSA) and the yet to be signed Status of Forces Agreement (SOFA) Dr. Kohana said that the first ACSA was signed by the Mahinda Rajapaksa government in 2007 when the Lankan armed forces were fighting the LTTE in the  Eastern province.

“It was a simple eight-page document and it was meant to hold joint military exercises in the Eastern province. There was a clear understanding that the US troops participating in the exercises would not render any military assistance to the Sri Lankan armed forces then fighting the LTTE,” Dr.Kohona said.

While the 2007 ACSA permitted US military vessels to anchor in Sri Lankan ports on a ‘one-off’ basis, when it was renewed in  2017, it became  “open-ended”, according to Sunday Times.

Opposing the SOFA, Dr.Kohona said that it would lead to total violation of Sri Lanka’s sovereignty with US men and material being given free entry into the country. The reciprocity mentioned in the draft is meaningless and impractical given the very limited capabilities of the Lankan armed forces.

According to Dr.Kohona more than two million American troops would theoretically enjoy free entry into Sri Lanka. Sri Lanka could be used to store military material, station men and serve as a Rest and Recreation Center.

“The US military presence in Okinawa is still an issue in Japan. The social ills generated by R and R facilities for the US military are well known. But Japanese governments have been unable to ask the Americans to leave because of the defense agreement with the US,” Dr.Kohona said.

He pointed out that many of the countries the US has signed a SOFA with, have defense treaties with the US.

“But Sri Lanka is a non-aligned country with no defense pact with any country. No country is threatening Sri Lanka with an invasion. Sri Lanka wants to be friends with all because it does not want to be part of a global conflict. Agreements like SOFA will draw Sri Lanka into regional and global conflicts, especially when the US is explicit about the need to contain resurgent China,” Dr.Kohona said.

The former Foreign Secretary further said that Sri Lanka would have to think of the consequences of handing over the Trincomalee harbour and the area around it to a US project.

“The India-Sri Lanka Accord of 1987 expressly prohibits the Lankan government from allowing any of its ports to be used for military purposes by any foreign country in a manner prejudicial to India’s interests. This is a bilateral agreement which has to be adhered to,” Dr.Kohona said.

He said that he trusts that India will not send its armed forces again.

“Sri Lanka and India are not friends, they are part of a family.  Members of a family may quarrel on occasion, but they will always reach out to each other in times of trouble. In that sense India is family,” he added.